This year a total of 6508 Gloucestershire children have been offered a primary school place for September, with 98 percent being offered a place at one of their preferred schools. 92 percent of pupils also received a place at their first preference school, which represents an increase of four percent on last year. 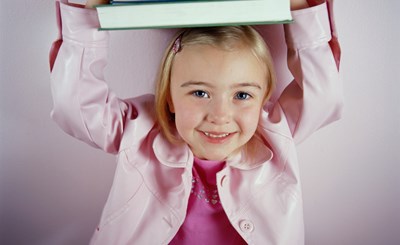 On Tuesday 16 April, parents of pupils starting primary school in Gloucestershire this September were offered a place for their child. 98 per cent of pupils were offered one of their preferences, and 92 per cent were offered their first choice of school. Parents now have until 29 April to accept their school place or request an alternative school.

Parents and carers who applied online received an email confirming their school place and they will be able to accept the place online. Parents and carers who did not apply online will receive a letter including the place on offer and the reasons why. This letter is specific to each pupil and contains an explanation for the decision made. More information about school admissions is available at www.gloucestershire.gov.uk/schooladmissions.

Parents are encouraged to accept their place online or return their reply forms as soon as possible.

If parents ask for their child's school place to be reconsidered, they will be placed on the waiting list for their preferred schools. If places then become available as some parents change their preferences over the coming months, they will be offered a place in line with the school’s admission policy.

Parents unhappy with their initial offer are encouraged to keep their place as this will ensure that, whatever the outcome of the reconsideration, their child will have a place at a school in September.

The county council will write to parents with the result of the reconsideration after 15 May and parents will have until the 29 May to reply. Those who are still not satisfied with their given school will be advised of the appeals procedure.

Cllr Mark Hawthorne, Leader of Gloucestershire County Council, said: “It’s that time of year when our young people find out where the next stage of their education will be. Starting primary school is a big step and I wish all pupils well for this next stage of their journey.”

The admission criteria and more information about waiting lists for every school is available at www.gloucestershire.gov.uk/schooladmissions