In light of the ongoing Covid-19 pandemic, the county council is giving residents extra time to feedback on the next stage of the West Cheltenham Transport Improvement Scheme.

Feedback from residents is a vital part of the business case for the next stage of a £22 million highway improvement scheme, funded via GFirst LEP, Gloucestershire’s Local Enterprise Partnership. Without the local community showing support for the improvements, it could delay being able to secure full funding approval for this essential scheme.

Even though the public consultation events had to be cancelled due to Covid-19, more information about the scheme, including drawings and a feedback form are available online so people can still have their say, whilst staying at home.

This stage of the scheme includes an extra £1.6million investment into walking and cycling infrastructure also funded by the GFirst LEP. The scheme will link up Cheltenham Railway Station to the west of Cheltenham, allowing pedestrians and cyclists of all abilities to get around more easily.

Cllr Nigel Moor, cabinet member for environment and planning, said, “We know giving the council feedback about highways infrastructure is not likely to be at the forefront of people’s minds. However because of the timeline in the funding approval process and the positive impact the scheme would have to the local economy, it’s important to keep moving forwards for the long term benefit of the county. Its important residents have the opportunity to give us feedback on a scheme which will benefit generations to come.  I hope people are able to spare a few minutes to contribute to the shaping of this essential scheme.”

More information can be found online at www.gloucestershire.gov.uk/WCTIS and residents can give their feedback on the plans here.

Gloucestershire County Council is improving several key junctions along the A40 corridor in West Cheltenham from summer 2020. Arle Court and Benhall Roundabouts will see carriageway, walking and cycling improvements with the work in total lasting for about two years.

The £22 million of funding for this transport scheme has come via GFirst LEP, Gloucestershire’s Local Enterprise Partnership. The transport scheme works will improve traffic flow and public transport options. The work also contributes to long term plans for the area, opening up employment land as part of the Joint Core Strategy, which includes the proposed Cyber Park and Cyber Innovation Centre.

This scheme is split into several parts.

The first part involves Arle Court roundabout and roads leading to it. These works are scheduled to start in early summer 2020:

The next part of the transport improvements (which are available for feedback) include Benhall roundabout, the A40 from Arle Court Roundabout to TGI Fridays (A40/B4633 Junction) and Telstar Way, improving access for cyclists in this area. There will be significant cycle and pedestrian infrastructure improvements from Arle Court to Cheltenham Railway Station in this stage. 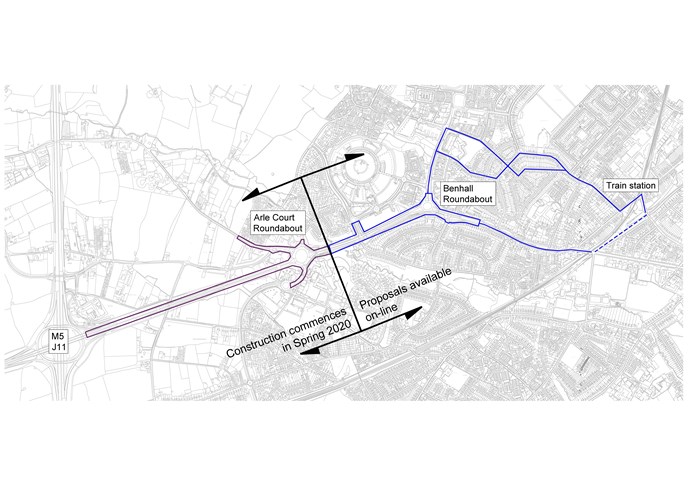 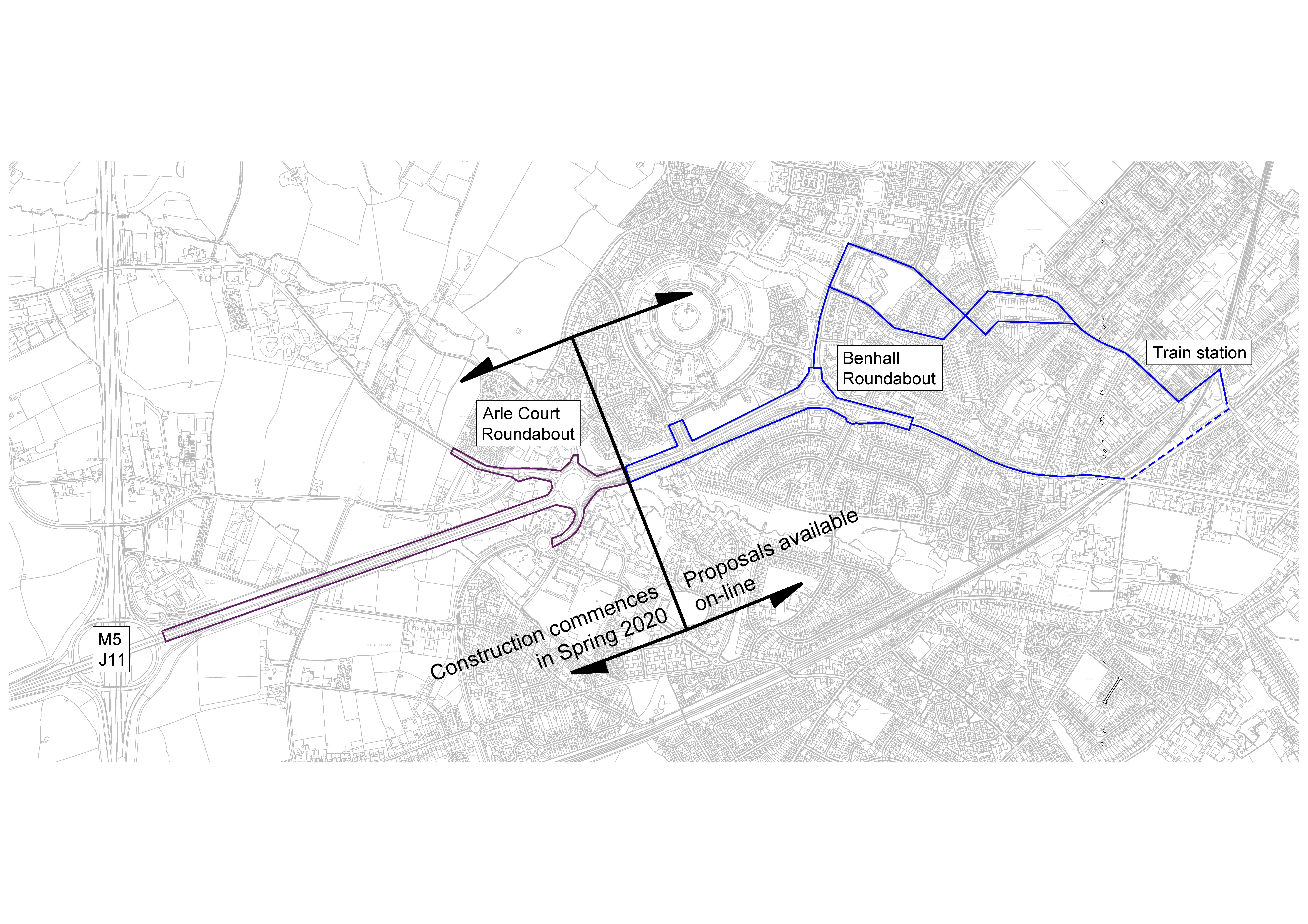 The development of the business case is underway and plans will be presented to the GfirstLEP Board in July 2020, with works anticipated to start in early 2021. The deadline for feedback has been extended from 1 April to 22 April.