A woman formerly of Gloucester has been found guilty of falsely advertising that her company could treat and reverse diseases through a “brain tonic” she was promoting. 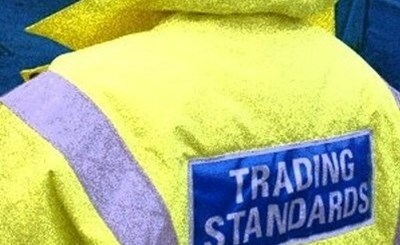 Genevieve Flight, aged 43, was investigated by Gloucestershire County Council’s trading standards service after complaints were made about posts she placed on social media and her website.

Flight had denied the charges but was found guilty by a jury at Gloucester Crown Court today (4 December) following a three day trial. She failed to appear at court during the proceedings and is believed to be out of the country. A warrant has been issued for her arrest and she will be sentenced on her return to the UK.

The company, Shambhallah Healing Center, of which she was a director and healer, advertised treatments on various platforms including Facebook, Twitter and its website http://shambhallahhealingcenter.com. It was based in the Philippines but she also used an address in Kingsway, Gloucester.

Trading standards officers launched an investigation in January 2019 after receiving a complaint. The service became aware that two previous judgements had been made against the company by the Advertising Standards Agency (ASA) following complaints about their advertising practices on curing diabetes and reversing diseases.

Two rulings had been made in January and May 2018 which advised them not to state or imply they could treat such conditions without the supervision of qualified professionals and said that their advert discouraged essential treatment for conditions. Further complainants came forward who had contacted the ASA.

Expert statements from professions in the field confirmed that both Alzheimer’s and Huntington’s disease currently have no known treatment to reverse the conditions.

Flight was prosecuted under the Consumer Protection from Unfair Trading Regulations 2008.

Cllr Dave Norman, cabinet member responsible for trading standards, said: “Whilst the council recognises there is a place for both conventional medicine and alternative treatments, we are concerned that groups of people were targeted here with potentially life-changing illnesses who may have been especially vulnerable and susceptible to these unfounded claims.

“In bringing this case we are sending a clear message to anyone else considering exploiting people desperate for help that such actions will not be tolerated.”