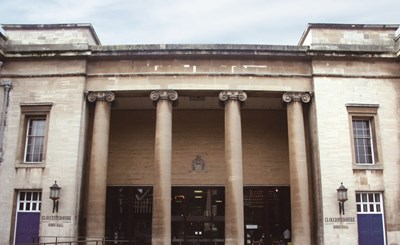 The original covenant was signed nearly a decade ago in February 2012, by the chairman and the leader of Gloucestershire County Council, the six district councils, local NHS leaders and the Police and Crime Commissioner. The commitment was to support the local armed forces community, including in-service and ex-service personnel, their families and widow(er)s, reservists and veterans in Gloucestershire.

For Gloucestershire County Council and partner organisations the community covenant presents an opportunity to bring their knowledge, experience and expertise to provide help and advice to members of the armed forces community. The agreement makes it easier for service personnel, families and veterans to access the help and support available from the Ministry of Defense, from statutory providers like the county council and from the charitable and voluntary sector. The scheme is intended to be a two-way arrangement and the armed forces community are encouraged to do as much as they can to support their community and promote activity which integrates the service community into civilian life.

The updates to the covenant will bring in other organisations, such as town and parish councils and newly reformed health and social care partners, reinforcing the intention to help those who have served our country.

Cllr Andrew Gravells (Conservative), Armed Forces Champion, proposed the motion. Cllr Gravells said, “It’s only right that  that we do all we can to support our veterans, as well as  the serving military personnel, both while they are in service and as they move across  to a civilian life. We must never forget  those who made the ultimate sacrifice – those who put their lives on the line to protect our country. I look forward to presenting the updated covenant in the new year."

Cllr John Bloxsom, group leader for the Labour party at Gloucestershire County Council, said, “The ten-year anniversary is a symbolic time to update the covenant. It is important to make sure it is fit for purpose and supports military personnel in the most effective ways. Now is the right time to bring in a more diverse range of local support networks and I was happy to support this motion.”

Cllr Ben Evans, deputy group leader of the Liberal Democrats at Gloucestershire County Council, said, “It’s important that we continue to do all we can to support veterans in our county as transitioning from a military way of life into a civilian is not easy for some. We must also place on record our appreciation and gratitude to those organisations which work tirelessly with our local veterans and their families, and I support this motion whole-heartedly.”

Cllr Cate Cody, group leader for the Green Party, said, “We must make sure that the support for those serving in the armed forces is fit for purpose and refreshing the covenant reminds all organisations to do that.”

Work has already started to raise awareness amongst  those in local government to the needs of military personnel. An e-learning course for all elected members and county council staff has been launched as part of efforts to make the council even more effective in its work with military residents.

More information can be found online at https://www.gloucestershire.gov.uk/your-community/the-armed-forces-covenant/