A new economic partnership across south Wales and western England which aims to boost local economies by working together launches a new website and prospectus today. The Western Gateway, launched by Cabinet Ministers in November 2019, is the UK’s third powerhouse after the Northern Powerhouse and the Midlands Engine. 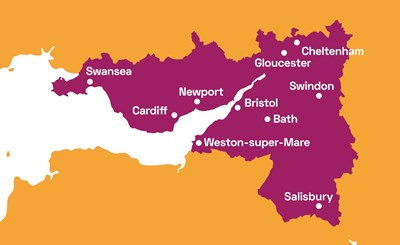 All partners intend to focus on inclusive and clean economic growth, where scale and collaboration can achieve more for the people and the wider economies of countries involved than our constituent parts could achieve alone.

Delivering this vision will add more than £56bn to the UK economy by 2030 and help us achieve a net zero future.

“The proposal we’ve put on the table is one that will deliver the economic boost the region requires to maximise its potential. Our prospectus provides an insight into the journey we are undertaking together as a partnership of businesses and authorities, determined to deliver growth from Swansea to Swindon and Cheltenham to Weston.”

The Western Gateway prospectus comes ahead of a full vision document for the partnership, following the completion of an Independent Economic Review later in 2020 that will provide an evidence base across the countries, area and regions of the partnership. Across Britain the economic map is being reshaped by devolution and regional powerhouses.

Visit and read our prospectus at: www.western-gateway.co.uk