Gloucestershire County Council’s cabinet will be asked to consider a revised 2021/22 budget and Medium-Term Financial Strategy (MTFS) when it meets on 27th January. 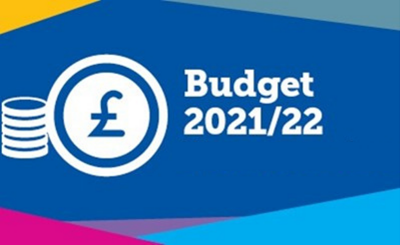 The draft 2021/22 budget was approved for consultation by cabinet when it met in December, and has now been updated following the Provisional Finance Settlement, a public engagement exercise and after review by the Council’s overview and scrutiny committee.

The revised budget totals spending of almost £482 million, and retains key commitments outlined in December, in areas like children’s services, highways and tackling the climate emergency, as well as planning for the Council’s continued response to the Covid-19 pandemic.

It also includes an increase in revenue funding of £1.3 million as a result of the Provisional Finance Settlement, as well as an additional £6.5 million in the capital programme as a result of additional funding for the B4063 cycle route scheme.

The Council aims to raise in the region of £6.2m to help fund services through a 1.99% increase in council tax. The council is also proposing to apply the national social care precept at 2.76% to raise an additional £8.6m. In total these changes result in about a £5 monthly increase for the average Band D taxpayer.

Leader of the Council, Cllr Mark Hawthorne, said: “We’d like to thank everyone that took the time to fill out our budget consultation survey and give us your views. It is vital that we understand how these plans can best deliver for our residents and businesses.

“This is a budget that we’re confident strikes the right balance between investing where it is needed in the here and now, and planning for Gloucestershire’s future. It puts protecting jobs and protecting our environment at its core, and keeps Council Tax levels among the lowest in the country.”

Cabinet will also review a refreshed version of its Council Strategy – ‘Looking to the Future’ (originally approved by the Council in February 2019) which has also been updated following public consultation.

If approved by cabinet, the proposals will proceed to be considered at the next Council meeting on 17 February.

For more information on the MTFS and budget, go to: www.gloucestershire.gov.uk/council-and-democracy/performance-and-spending/budget-and-medium-term-financial-strategy/