Gloucestershire County Council has been reviewing its highways success recently, highlighting facts and stats* that make compelling reading. Despite the very cold weather in December work has stayed on track and the further £100m investment is starting to really pay off. 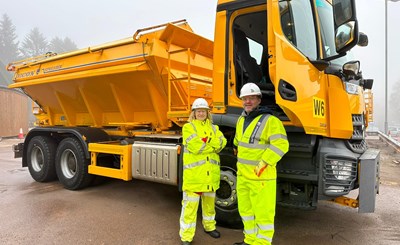 Cllr Dom Morris, cabinet member for highways and flooding at Gloucestershire County Council, said: “We completely understand that if you see a problem in your local area, it’s easy to think that we’re not doing enough to fix the problems on our highways. That said these are compelling statistics and I hope help to demonstrate that we are working hard to improve the county’s roads, keeping them safe, clear and protecting against flooding. Our priority is to deal with the most dangerous safety issues first, as you would expect. It’s not going to be perfect, but we’re doing as much as we can and we have heard residents when they say they want to see improvements particularly on potholes. We’re so grateful to the public for reporting problems and we encourage you to continue.”

Much of this work is funded from the further £100 million of investment that was announced in last year’s budget with that money continuing to provide vital investment – this puts Gloucestershire in a position of having the highest levels of investment in county roads ever. Inevitably this time of year with our cold and wet weather there will always be an increase in potholes, but we will continue to work hard to keep up with this as well as our winter activities.

Residents and communities are encouraged to report any issues with roads Your Highways - Report it - Highways (gloucestershire.gov.uk) and for emergency issues they can call 08000 514 514

*unless stated figures based on works from April – December 2022