At its next meeting on 24 July, the council’s cabinet will be asked to consider extending the provision of support for Children and Family Centres in the county for another two years. 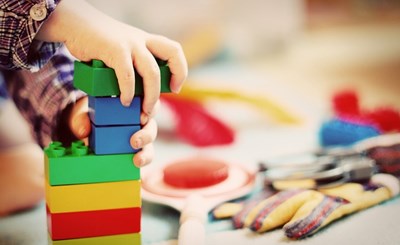 There are currently 16 Children and Family Centres in Gloucestershire, based in areas where there is the highest need, and 29 other hubs for early education and childcare around the county.

An initial contract of three years, from 1 April 2017 to 31 March 2020, was approved by cabinet back in July 2016, following a full public consultation and redesign of the children’s centre offer across Gloucestershire. If the extension is approved, the provision of targeted family support services would be continued up until 31 March 2022.

During the last two years the service supported 1,009 families, exceeding the set target of 456 by nearly double. The two year extension would allow continuity of care to some of Gloucestershire’s most vulnerable children and families, as well as time for further, longer-term provision to be developed. The provision has also brought value in terms of volunteering and employment opportunities within local communities.

Cllr Richard Boyles, deputy leader of the council and cabinet member for children’s safeguarding and early years, said: “These centres have exceeded their targets over the last two years, and have supported many children and families in reaching positive outcomes. A two year extension would ensure vulnerable children and families continue to receive support, while also offering the opportunity to maintain and build upon this success”.

Throughout the current contract, families have been engaged to give their views on the support they have received. Feedback so far shows that services are accessible to children and their families, and that they feel engaged, listened to and valued. This feedback, alongside other data, will be used to further develop the support over the next two years, and will also be evaluated as part of developing a new service after March 2022.

The full cabinet report is available at here.