Gloucestershire County Council’s highways teams have reopened a road near Kempsford, which has been closed for nearly three months for safety reasons after badger setts were found under the carriageway. 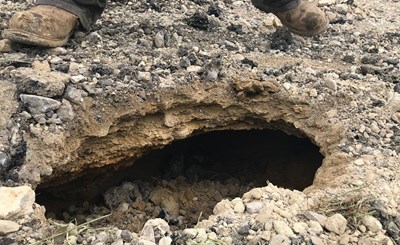 Back in April, the road between Kempsford and Hannington Wick in the Cotswolds had to be closed after burrowing badgers removed tonnes of earth from under it meaning the road could collapse at any time and intensive structural work was needed to fix the subsidence.

Highways crews have won the race against time to fix the road in time for the Royal International Air Tattoo at Fairford. The county council assist Air Tattoo event organisers every year to manage traffic in the area, and highways teams have worked around the clock to reopen the road in time for the event, which takes place nearby on 19 - 21 July.

Environmental law meant that county council highways crews had to wait almost three months to get onsite. Back in April, the council called in badger experts and requested a licence from Natural England so they could explore options to get the road reopened as soon as possible. However due to the badger breeding season crews could not disturb the set by law until 1 July at the earliest.

Cllr Vernon Smith, cabinet member for highways, said: “I really appreciate the patience of local residents and understand long road closures are frustrating. I would also like to thank our contractors for their hard work in getting this road open in the limited time they had to work on site. It’s really pleasing the road is now available for use in time for this year’s Royal International Air Tattoo.”

In early July, badger experts were granted permission to move the animals humanely and safely away from the road. Highways crews then rebuilt the layers of material which support the carriageway, and finally resurfaced the section so it is as good as new. They worked nearly 24 hours a day for two weeks to complete the work on time.

Keep up to date with road closures and highways work near you by following our social media - @GlosRoads on Twitter and Gloucestershire Roads on Facebook. 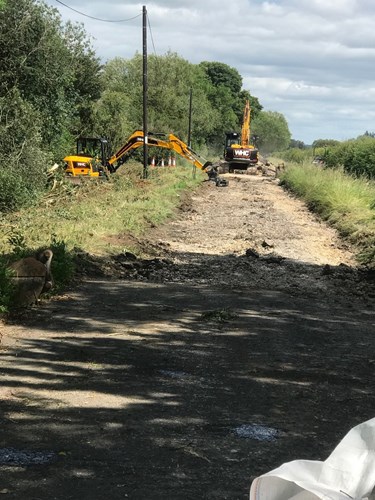 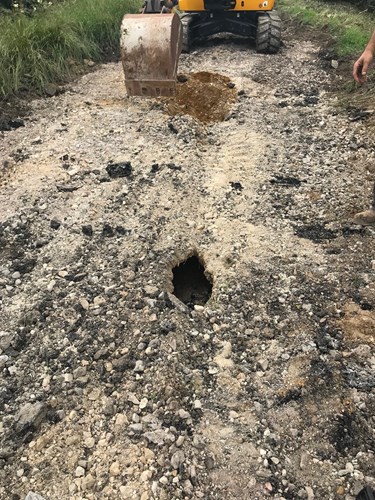