With 44 years of experience, is anyone else more qualified?

Two of the county’s most experienced councillors have risen to the challenge of becoming chair and vice-chair of Gloucestershire County Council and keeping the 118 year tradition alive.

Cllr Shaun Parsons (Con, South Cerney), and Cllr Andrew Gravells (Con, Abbey) recently took over and are already getting stuck into their roles.

Cllr Andrew Gravells, who has been a county councillor for over 20 years, will be commencing his duties as vice-chairman of the council on the 6th June, by attending a citizenship ceremony. The ceremony welcomes new British citizens to Gloucestershire, where they are presented with a certificate of British citizenship and a welcome pack.

Cllr Shaun Parsons, who was the vice-chair last year, has started off his time as chair by attending a charity event in Cheltenham.

The positions of chair and vice-chair of the county council have existed for 118 years, and were first introduced in 1899. Although most councillors serve a year as vice, before completing another year as chair, the first chairman, The Right Honourable Sir John Dorington served for nine years. In total, there have been 27 chairs, and 35 vice chairs in Gloucestershire’s history. 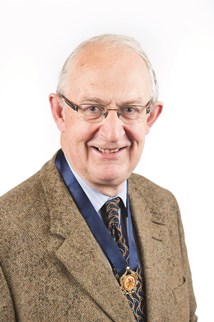 Cllr Shaun Parsons, chair of Gloucestershire County Council, said: “It is a honour to be chairman of this council. Gloucestershire is a wonderful county which I have been lucky enough to live in for nearly all my life and it is a privilege to be able to serve its residents.” 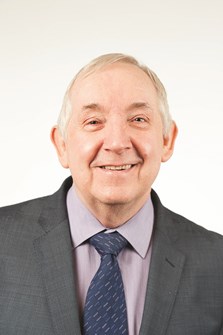 Cllr Andrew Gravells, vice-chair of Gloucestershire County Council, said: “During my time as a councillor, I have been really fortunate to be involved in many events for the county council, and as vice-chair, I am really honoured to be representing the council at different ceremonial events.”

As well as attending events, the two positions are also responsible for chairing full council meetings, which can be viewed online at https://gloucestershire.public-i.tv/core/portal/home.