You won’t have seen this dodgy DIY hiding place before

Gloucestershire County Council has successfully scoped over £1,300 worth of illegal tobacco and cigarettes as part of a trading standards sting in Cheltenham. 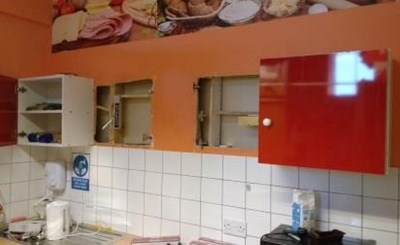 Over 182 packets of 20 cigarettes and 62 pouches of 50g rolling tobacco were found in the shop which can’t be named due to ongoing investigations.

Much of the tobacco was counterfeit; none was duty paid and all failed to comply with labelling requirements.

“This latest example demonstrates the degree of sophistication involved in illegal tobacco sales and suggests a highly skilled operation. However, our officers are no fools and let this be yet another warning - break the law, and we will catch you.”

Cllr Tim Harman, cabinet member for public health, said: “Illegal tobacco is often produced without being subject to quality control. Aside from the usual health concerns associated with smoking; ingredients such as rat droppings, tea and dangerous heavy metals have all been found in counterfeit tobacco seized in the UK.

“It is crucial that those who choose to endanger public health in this way are brought to justice.”