Could you support a young asylum seeker?

People in Gloucestershire are being encouraged to find out more about fostering children seeking asylum this Refugee Week (17 to 23 June). 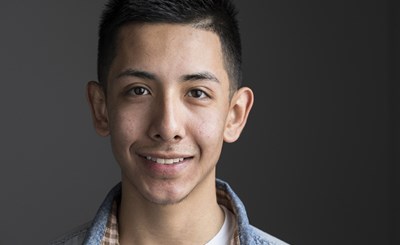 National government figures show that in March 2018 there were 4,480 unaccompanied asylum-seeking children in care in England. They come from countries like Afghanistan, Eritrea, Sudan and Albania, and most unaccompanied children are teenage boys between the ages of 14 and 18.

Richard, who has fostered both young asylum seekers and local children, said: “In 2014, I was challenged by the television images of young people, many the same ages as my eldest grandsons, behind a high wire fence calling out, ‘We are people not animals’.  I then realised that as I had a spare bedroom I could offer a home to those children who had no families, and so I applied to become a foster carer.”

Young asylum seekers usually arrive in Gloucestershire in one of three ways. They arrive unexpectedly, for example after being dropped off at the side of the motorway, they arrive through the national transfer scheme or they are found to be victims of modern slavery.

As a foster carer for a young asylum seeker, you’ll need to support the young person to learn English, settle in education or training, make links in the local community and support them with their legal application for asylum. You will also need to be prepared to offer emotional support to overcome the trauma they may have experienced in their home country and on the journey to get here.

Cllr Richard Boyles, cabinet member for children and young people, said: “Children seeking asylum have been through a great deal. I believe there are people in Gloucestershire who can offer these young people support and a stable environment to help them adjust to their new home.

“As well as supporting them through education, an important part of a foster carer’s role is to help a young person develop their skills for the future and give them the opportunity to create a new life.

“Fostering young asylum seekers requires an open mind and curiosity about other cultures. Our foster carers who look after these children have been introduced to new music, food and religious practices and say they are learning as much as the young people.”

For more information, visit the Gloucestershire Fostering website, ring the fostering recruitment team on 01242 532654 or speak to us at our information stand at Gloucester Farmers’ Market on Friday, 21 June.