High level of support for plans to move library

Stonehouse residents have reacted positively to proposals to move its library into the Town Hall. 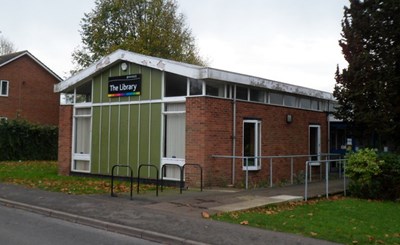 The current building in Elm Road has become outdated and increasingly difficult to maintain. An investment of £238,000 would be needed to keep it up to date and fit for purpose so, following public engagement, Gloucestershire County Council and Stonehouse Town Council plan to relocate the facility.

The move will allow the library to benefit from a presence on the High Street and make it easier for residents to access library and town council services from one building.

Members of the public were asked to have their say by taking part in a customer engagement survey between 1 April and 25 May. Engagement events were also held in Stonehouse Library and Stonehouse Town Council offices.

A total of 193 responses were received, with most people saying they used the library once every two to three weeks.

Ninety-two per cent of respondents said they would be able to visit the library more often or would be unaffected by the move. Comments were left by 84 people, with the majority of respondents saying the move would be good for the library and the High Street. The main concerns raised were over parking costs or a lack of parking. There is disabled parking directly outside the new location and parking charges in the nearby car park were abolished this year, helping to address some of the concerns raised.

Sixteen people expressed an interest in volunteering in the library to help extend its opening hours, as it is currently only open for 12 hours per week.

When asked which new services customers would like to see at the new venue, the highest response with 30.5 per cent was a library club for older residents, followed by 21.2 per cent wanting a Lego club for children and 18.6 per cent requesting activities for pre-school children.

Cllr Dave Norman, cabinet member for libraries, said: “The results of the survey show there is a high level of support for moving Stonehouse Library into the town council building. I’m delighted the majority of people are in favour of this plan as it will secure the future of the library and open it up to more people.”

Cllr Lesley Williams, local county councillor for Stonehouse, said: “I’m absolutely delighted that Stonehouse will now have a splendid new library which, with the town council, will be at the heart of the community. Moving the library into more modern premises will allow us to increase its opening hours, with the help of volunteers, introduce new activities and make it more accessible so a greater number of residents will benefit.”

Cllr Neil Gibbs, chair of Stonehouse Town Council, said: “We are really looking forward to working in partnership with the county council to ensure that the library is at the heart of the community.”

Discussions will now take place between Gloucestershire County Council and Stonehouse Town Council to decide when work on the relocation can get underway.