Twenty six roads around Gloucestershire will be improved this summer to prolong their life, as part of Gloucestershire County Council’s £150m investment into the county’s highways. 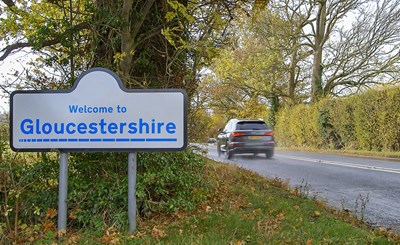 This year the county council is investing £5.2 million into surface dressing, which will see more than 111km of county roads treated. The first phase of the scheme includes the surface dressing of fifteen roads and begins on Monday 17 June.

Surface dressing is an economical and commonly used way to extend the life of a road. The treatment uses bitumen and chippings to seal the surface of the road against water and air, which causes damage to the road over time. It improves skid resistance and road safety because the chippings which are added to the bitumen binder give improved grip.

Surface dressing is for roads that are nearing the end of their life, but haven't yet started to fail. You can't apply surface dressings to roads that have deteriorated significantly, so this means that roads being treated may be in a better condition than some others in the county. All road markings are repainted soon after the work is complete.

Cllr Vernon Smith, cabinet member for highways, said: “This surface dressing programme forms part of our ongoing £150m investment to improve Gloucestershire’s roads, and will be the first round delivered by our partners Ringway. Surface dressing seals the road surface with bitumen and chippings, and it’s a great way of preventing potholes from appearing, saving taxpayers money in future road repairs.”

In the majority of cases, the road will be closed while the works take place, which will usually be for one or two days, and short diversions will be in place.

Although the programme is published in advance, work can only be carried out in dry weather, so the schedule may need to change at short notice. Any changes will appear both on online at www.gloucestershire.gov.uk/surface-dressing and on social media (Twitter @GlosRoads, Facebook @Gloucestershire Roads).