Councillors call for schools to receive suitable level of funding 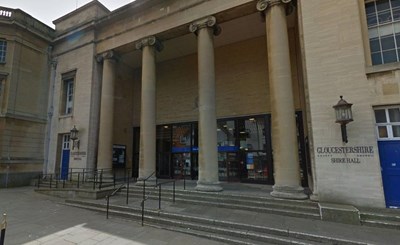 The council noted that whilst overall funding for schools has increased, headteachers were concerned it was not enough.

Proposer of the motion, Cllr Paul Hodgkinson, Leader of the Liberal Democrat Group, said: “As this unanimously passed motion makes clear, Gloucestershire’s schools are predicted to have lost more than £11 million in real terms funding since 2015, an average of £147 per pupil. This is simply not good enough. The National Funding Formula is simply not enough money for our schools to deliver for our county’s children.

“I am pleased that this council will be pushing the Secretary of State to address this lack of funding at the 2019 Spending Review.”

Cllr Mark Hawthorne, Leader of Gloucestershire County Council said: “The county council has been campaigning for more than 20 years for fair funding and we finally have a commitment to a fair national formula for all schools. This needs to come into force as quickly as possible and the council will continue to work with schools to make that happen.

“Overall funding for schools has risen by 15 per cent since 2015 but we will continue to fight for Gloucestershire schools and listen to the county’s Schools Forum, who advises the council on how to allocate the funding from central government.”

Cllr Lesley Williams, Leader of the Labour Group said: “Ensuring that children in Gloucestershire have the best education is extremely important and schools need the necessary level of funding to do that. We need to make sure national government take notice of the effect the lack of funding is having on our schools.”

Cllr Rachel Smith, Leader of the Green Group said: “We have a responsibility to ensure that every child and young person can access high quality education, including those with special educational needs and disabilities. It is vital that the Government understand that schools need to be properly resourced in order to do the best for their pupils.”