A recent survey shows the majority of young people in Gloucestershire feel safe at home and school and are happy and satisfied with their lives. 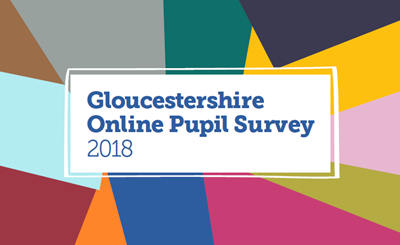 The largest ever Online Pupil Survey, which covers a number of key aspects of young people’s health and wellbeing, captured the voices of over 32,000 pupils across 96 per cent of Gloucestershire’s schools and colleges.

The survey is done every two years and asks pupils about their lifestyle choices and engagement with school, as well as their emotional wellbeing and aspirations for the future.

71 per cent of pupils said they were happy, 92 per cent felt safe at home and 82 per cent felt safe at school. 75 per cent of pupils are satisfied with their lives and 63 per cent enjoy school, with this figure highest for primary pupils at 71 per cent. Self-reported happiness, life satisfaction, and enjoyment of school all tend to decrease as pupils get older; however, 76 per cent of all pupils agree that school provides them with useful skills and knowledge. Programmes such as ‘Beyond Fed Up’, ‘Men Talk’ and ‘Girl Talk’ have been put into place in schools to support young people’s emotional health and wellbeing in secondary schools.

Research suggests that children who eat breakfast tend to eat more healthily overall. 76 per cent of pupils report eating breakfast regularly and 86 per cent say the food at home helps them to eat healthily most of the time. However, 32 per cent wanted more cooking skills and 23 per cent wanted more knowledge about losing weight. It is estimated that the food a child eats at school is a third of their total nutrition for the day so it is important that Gloucestershire schools continue to be supported to promote healthy eating through staff training and the provision of resources for students and parents.

The Government recommends that children should do an hour of physical activity from age five to promote healthy growth and development, improve quality of sleep, concentration and confidence. 45 per cent of pupils reported doing six or more hours a week but 72 per cent of pupils did at least four hours a week, up from 67 per cent in 2016. Funding from the county council and the NHS in Gloucestershire helped to introduce The Daily Mile in primary schools last year, which 22,500 pupils have already signed up to.

Cllr Tim Harman, cabinet member for public health, commented: “The survey gives us a unique insight into the lives of children in Gloucestershire and their experiences both at home and in school. While many of the results are positive, the survey also highlights areas where we must continue to work together to make sure that all children have the best start in life.”

The 2018 results have already been shared with schools and colleges to help them identify areas for improvement and action. The findings will also be used by Gloucestershire County Council and their partners to direct the work with children and young people going forward.