A Gloucestershire man has pleaded guilty to three illegal tobacco charges following an investigation by Gloucestershire Trading Standards, getting £620 of counterfeit goods off the streets. 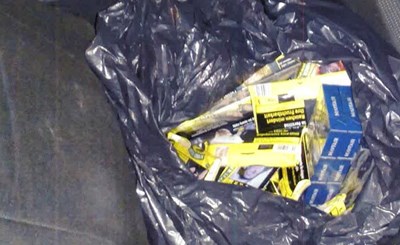 On 19 December 2017 Trading Standards officers carried out an inspection at Divan Mini Market, 220 Barton Street, Gloucester. Karwan Khorsheed, a man already known to Trading Standards from a previous illegal tobacco conviction, was sat behind the shop till. He had car keys and a large amount of cash on his person.

The car keys belonged to a black Vauxhall Astra parked in front of the shop, and a search revealed a black bin liner stashed behind the passenger seat containing 60 packets of 20 cigarettes and 37 pouches of 50g hand rolling tobacco. Also in the car was a mobile phone charger adaptor with a white mobile phone lead attached.

Officers interviewed Mr Khorsheed who said he was in the shop to visit a friend and to charge his mobile phone and that he had won the cash at a casino the previous week.  He also said he had bought the illegal tobacco for a friend and was going to pass it on when he got home.

On 25 March 2019 Mr Khorsheed appeared at Cheltenham Magistrates and pleaded guilty to three charges; two charges for counterfeit goods for 20 packs of Mayfair cigarettes and 5 pouches of Amber Leaf tobacco, and one charge for incorrectly labelled tobacco products.

This is the second time that Mr Khorsheed has been prosecuted having pleaded guilty to similar offences relating to illegal tobacco. In August 2015, Mr Khorsheed received a community order requiring him to do 250 hours of unpaid work for possessing illegal tobacco in his shop - One Way Shop, in Coleford.

In his defence, Mr Khorsheed’s legal representative told Magistrates that the tobacco in his car was not for the shop or customers. He had bought it for a friend who did not have a car. He is aware that the problem in Gloucestershire is widespread and that he is part of the problem.

Magistrates sentenced Mr Khorsheed to twelve weeks imprisonment suspended for 24 months, as well as 250 hours of unpaid work and a £1000 fine. He has to pay prosecution costs of £1106.45 and a victim surcharge of £115. He also agreed to Proceeds of Crime proceedings which saw him deprived of the £1220 seized from him on 19 December 2017.

Here is a photo of the bag of illegal tobacco products found in the Vauxhall Astra: 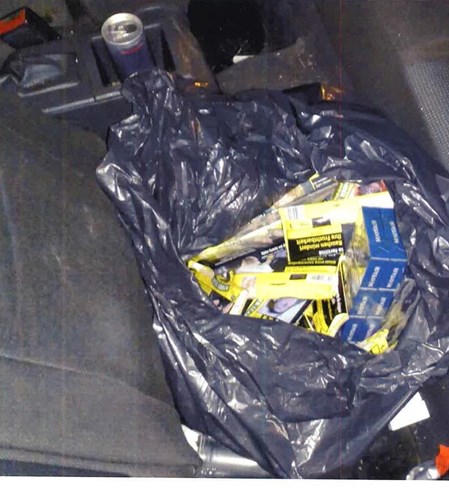 You can get in touch with Trading Standards on 03454 040506, email tradingstandards@gloucestershire.gov.uk or anonymously via their website