Going the extra mile for Gloucestershire’s most vulnerable

Working together with partners, a council project that aims to help vulnerable or disadvantaged groups has delivered life-changing support for over 1,600 people in Gloucestershire. 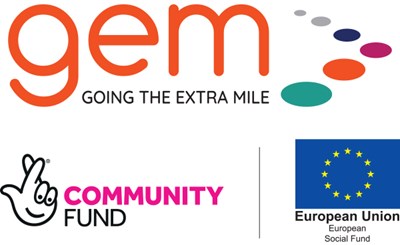 The GEM project, which takes its name from ‘Going the extra mile’, is a socially inclusive employability programme which aims to help these groups overcome barriers to employment, training and education. It is funded by the European Social Fund and the National Lottery Community Fund.

Since its launch in October 2016 the programme has supported 1,668 people, of which 429 have moved into paid employment and 148 into education and training. This means every three days someone has secured a job through working with the GEM Project.

Over the last 12 months GEM has focussed on maintaining the wellbeing of its participants throughout the pandemic. Through an extensive network of partner organisations they have developed many new methods and systems of sharing information, expertise and resources, including the celebrated #GEMonline training platform.

Despite the huge challenges faced by participants over the lockdown period in terms of social isolation and disruption to their own GEM programmes and journeys, participants still reported an uplift in their mental health as a result of being on the programme indicating a:

On-going monitoring and evaluation of the project has been carried out by the University of Gloucestershire. It has revealed a range of positive, and often life-changing outcomes for the vast majority of participants, most notably in improving their personal and motivational attributes and through removing barriers to the provision of advice and support. Prepared by the University’s GEM Monitoring and Evaluation Team, a detailed report of the project’s latest achievements is now available online for all to read.

Impressively, data collected shows that people who recorded a mental health condition when registering for the GEM Project, experienced above average improvements to their physical and mental health, showing that the GEM programme has had the greatest impact on those who have needed its support the most.

Cllr Patrick Molyneux, cabinet member for economy, education and skills at Gloucestershire County Council said: “The support offered by the GEM project has helped some of our county’s most vulnerable people cope with the challenges of unemployment and social exclusion in the midst of a pandemic which has presented further significant challenges. As part of the GEM community they have been supported to look after their wellbeing, whilst also building the necessary skills and attributes for progression and self-improvement.

“We are enormously grateful for the support of all coaches and partners who have provided opportunities to keep people engaged, learning and connected.”

Leonie Burton, GEM Project Lead, University of Gloucestershire said: “The GEM project has influenced Gloucestershire’s vision, and realised the employment and learning ambitions of hundreds of vulnerable people.  Since COVID-19 arrived in the UK, wellbeing has been at the forefront of most people’s minds. Within the project, each person played their part in making sure that GEM continued to support individuals, keeping them well and helping prevent social isolation.”