Libraries in Gloucestershire were buzzing with young people dressed as their favourite book characters to celebrate World Book Day. 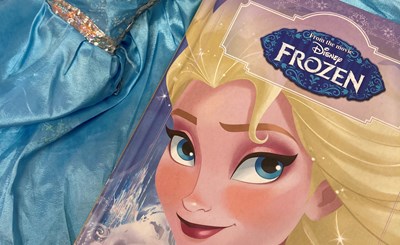 A World Book Day Costume Swap was offered by Gloucestershire Libraries at Prestbury, Matson, Quedgeley, Churchdown and Longlevens this year to mark the event on 3 March 2022.

It enabled people to swap their old costumes for something new to wear, cutting down on cost and waste. Visitors to the libraries could browse the range of books available while they were there to help with character ideas.

Schools, parents and partners were very supportive of the idea and donations were received from the Community Champion at Morrisons Abbeydale and the Tesco Quedgeley Knit and Natter group.

More than 70 costumes were swapped, including characters from The Cat in the Hat, Alice in Wonderland and Frozen, which helped to reduce waste and save parents money.

Building on that success, free sewing sessions are being offered at Prestbury, Quedgeley, Matson and Longlevens libraries, teaching people basic stitches so they can make something to take home. These skills can then be used to mend and repair costumes or perhaps even make their own. To book please visit https://bit.ly/3Kh4sVt

The costume swaps will be repeated for other key events during the year, including the Queen’s Platinum Jubilee and Halloween.

You can read a blog post about World Book Day by Liz Vella, the county council’s librarian for children and young people, here.

Cllr Dave Norman, cabinet member for libraries, said: “This is a brilliant idea to offer costume swaps for World Book Day, given how much money can be spent on outfits that may only be worn once. It’s also a great way to save waste and I’m pleased to see how successful it was.

“I hope plenty of people book up for the free sewing sessions at our libraries too so you can learn some invaluable new skills.”