The results are in for the Gloucestershire County Council Churchdown by-election.

Yesterday (2 May) residents in Churchdown went to the polls to elect their representative on the council for the next two years.

The seat was won by Ben Evans for the Liberal Democrat Party with 1405 votes.

The turn out at the election was 34.5 per cent.

Pete Bungard, returning officer and chief executive of Gloucestershire County Council, said: “Thank you to everyone who took the time to vote, and the teams who ran polling stations and worked at the count.”

Ben has been a youth worker in Churchdown for 20 years and is a director of a local not-for-profit business that works with young people across Gloucestershire. He went to school in Churchdown and has lived in the village for eleven years. Ben is secretary of Churchdown Panthers Football Club and is also a coach at the club. 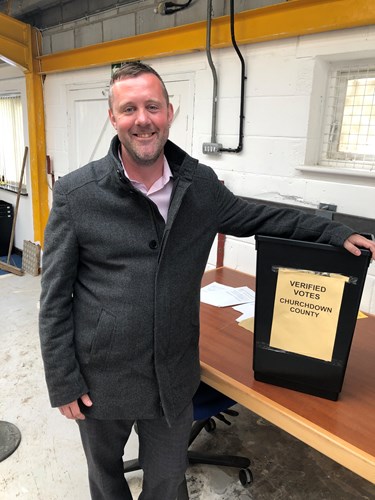