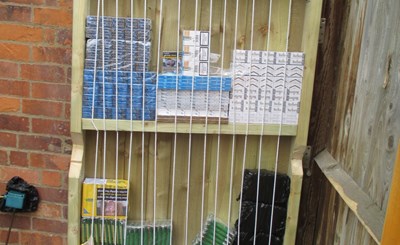 Mr Sirwan Fariq Hussain was sentenced to 18 months in prison at Gloucester Crown Court yesterday (Wednesday 8 May 2019). He was charged with 34 offences, 31 under the Trade Marks Act in relation to possession and supply of counterfeit tobacco products; the remaining three charges relating to supplying tobacco products with incorrect health warnings and packaging.

On four separate occasions Mr Hussain was found with counterfeit tobacco and cigarettes by trading standards officers over a seven-month period.

On 27 April 2017 an inspection was carried out at Costless, 82 Eastgate Street, Gloucester with the assistance of the police. The person in the shop at the time was Mr Hussain. Two hidden compartments were found built into a fence, with one compartment holding a quantity of illegal tobacco. Officers also found a bag of illegal tobacco in the shop. These items, worth £3083, were seized.

On 22 June 2017 an inspection was carried out at Costless, 82 Eastgate Street, Gloucester and Mr Hussain was behind the counter. This time illegal tobacco was found in a box in the store room at the rear of the shop. All items were seized, valued at £521.

On 6 July 2017 a further inspection was carried out at the same address and, again, Mr Hussain was behind the shop counter, this time with a bag of illegal tobacco at his feet. This inspection revealed there were two more bags in the store room. All items were seized and the value of the seized tobacco was £834.

On 22 September 2017 another inspection was carried out at Costless, 82 Eastgate Street, Gloucester. Trading standards officers found £692 of illegal tobacco products laid out on top of a broken chest freezer behind a partition.

Over the course of seven months the council’s Trading Standards officers gathered enough evidence to prosecute Mr Hussain for possession and supply of illegal tobacco.

Cllr Dave Norman, cabinet member for trading standards at Gloucestershire County Council, said, “Illegal tobacco is not just cheating the tax payer, it can have serious health risks too. This is one of the largest investigations we have run as our officers repeatedly found illegal tobacco in the same place with the same person.

“We do not tolerate illegal tobacco in our county, and I want to thank trading standards officers for their hard work on this case.”

You can get in touch with Trading Standards on 03454 040506, email tradingstandards@gloucestershire.gov.uk or anonymously via their website. 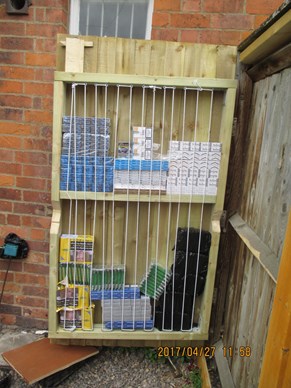