In addition to his responsibilities for Nottinghamshire Fire and Rescue Service, which includes leading on cultural and organisational development, Wayne sits on the National Fire Chief’s Council operations committee and is chair of the National Fire Chief’s Council training managers forum. Wayne also chairs the East Midlands Fire and Rescue Operations Committee, which works to make sure national learning is used to improve service delivery across the East Midlands area.

As well as leading Gloucestershire’s Fire and Rescue Service, Wayne will join the council’s corporate management team where he will champion the work of the fire and rescue service and support development of the wider work of the council.

Cllr Mark Hawthorne, Chair of the Sub - Appointments Committee and Leader of the Council said: “We had a strong field to select from and I would like to thank all those that took part for making our decision a tough one. In the end, Wayne was the stand out candidate, having impressed everyone over the two days and committee members were unanimous in their decision to appoint him. Wayne has both the technical know how and the strong leadership qualities needed to take the service to the next level.

“Ahead of Wayne starting I am confident the service will continue to be very well managed by Andy Hermiston who has been Acting Chief Fire Officer since the summer. Andy has done a great job of stabilising the service following a difficult period. I would like to put on record my thanks to Andy for all he has done and look forward to continue working with him, both in his acting and substantive roles.”

Wayne Bowcock said: “It is a great honour to have been appointed Gloucestershire’s Chief Fire Officer and corporate director. I am looking forward to working with the dedicated men and women in the service, colleagues across the council and with partners to deliver excellent services for the people of Gloucestershire. My wife and children are very excited to relocate to Gloucestershire in the new year and I can't wait to get started."

An exact date for Wayne to start in Gloucestershire is currently being agreed but it will be some time in the new year. 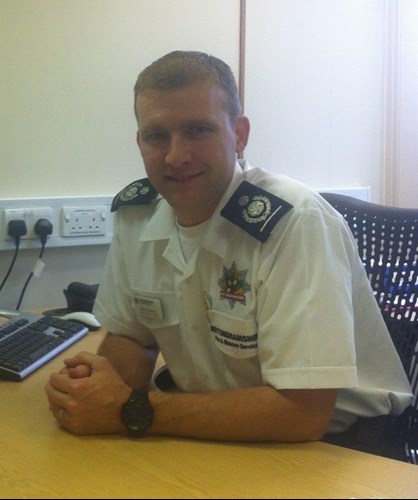