Progress made on Metz Way

Gloucestershire County Council's highways crews will be resurfacing the Eastern Avenue junction with Metz Way between 19 and 30 November overnight, marking a major milestone in the scheme. 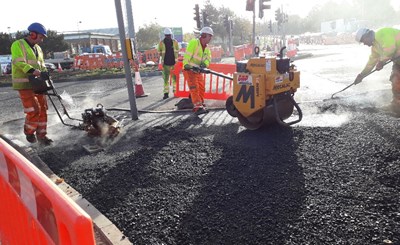 Work to improve traffic lights along the busy route through the city started back in September. The scheme will improve journey time and improve pedestrian and cyclist facilities along the length of the A4302 at Metz Way and Abbeymead Avenue in Gloucester.

The A38 Eastern Avenue and the A4302 Metz Way will have partial closures overnight 8pm – 7am to resurface the Eastern Avenue junction to try to minimise disruption to commuters and residents. The resurfacing work will be done in phases, diversion routes will be in place and where possible access will be maintained.

The scheme is progressing well and the first site at Asda is operating efficiently. New traffic lights were switched on earlier in October, and crews will be returning next week to complete all remaining works. Work has started at five other sites along Metz Way and Abbeymead Avenue to improve the junction layout and traffic signals, and once Eastern Avenue has been resurfaced works will focus on the other sites on Abbeymead Avenue and Metz Way. The majority of work is being done away from peak travel times to help keep the traffic moving, however temporary traffic lights will still be in place at some sites for safety.

Cllr Vernon Smith, cabinet member for highways, said, “Metz Way in Gloucester helps get thousands of people across the city every day, so improving the traffic flow along the stretch is important. I want to thank everyone for their patience so far while we invest in your highways.”

You can keep up with the works progress online at www.gloucestershire.gov.uk/metzway including the road closures, or follow the county council twitter @GlosCC and @GlosRoads for regular updates.

What’s happening and where?

The new traffic signals were commissioned on 11 October and the new signals are in operation. 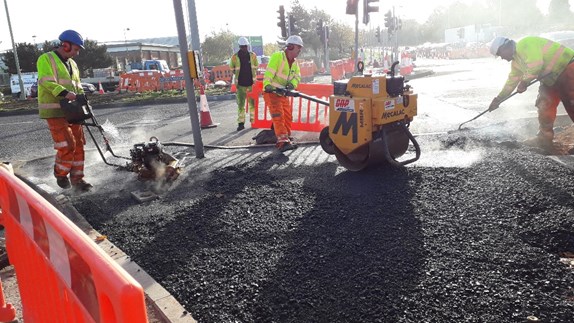 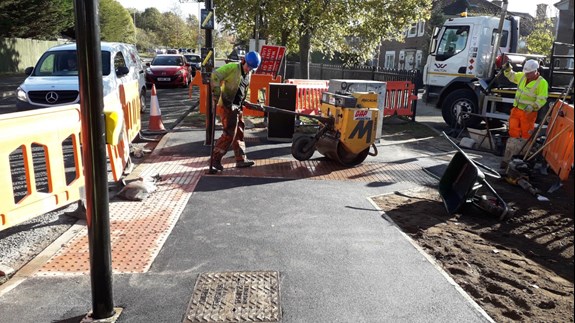 Works are well underway on the southern side to provide a new footway up to the bus stop. Traffic management is being used to narrow the lanes down for safe working zones. 2 way traffic lights will be used to allow safe access to the area for loading and offloading materials. Works will run until the middle of December. 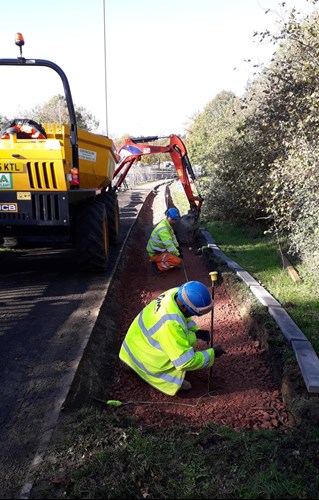 Works are well underway on the widening of the southern carriageway. Temporary traffic management has been set up to allow crews to work safely. We will start the north side once the south side is complete. 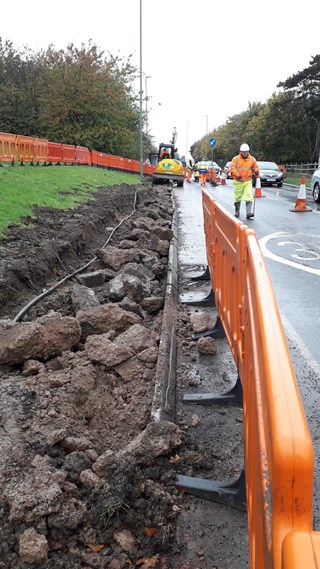 Works commenced at the end of October and will continue for approx. 4 weeks. Traffic management will be set to allow the works to be carried out safely. A temporary pedestrian crossing will be put in place to provide a safe crossing point.