Great news for Gloucestershire as Western Gateway is go!

Earlier today, the Great Western Gateway, a ‘powerhouse’ for the South West of England and Wales was given the go ahead. 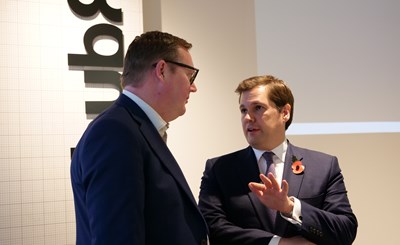 In a decision announced by Welsh Secretary Alun Cairns and Secretary of State for Housing, Communities and Local Government Robert Jenrick today at the Celtic Manor Resort in Newport, Central Government has agreed the development of the Great Western Gateway.

The new body brings together councils and businesses from Swansea to Swindon and from Tewkesbury to Weston-Super-Mare.  It will be the first “powerhouse” in either the South West of England, or Wales, and the first to cross a national boundary.  The Western Gateway aims to attract investment, development and growth into the area, drive forward major infrastructure projects and the linking up of universities and colleges.

Central Government is providing £400,000 from existing budgets for start-up funding to kick-start the partnership.

As part of the launch, Secretary of State for Housing, Communities and Local Government Robert Jenrick visited Hub8 Cheltenham - a co-working space dedicated to enabling the growth and development of the flourishing cyber technology ecosystem – this afternoon to share the news with Gloucestershire businesses and organisations, and to see first hand all the exciting things happening in the county.

In Gloucestershire, the Great Western Gateway is expected to give a major boost to campaigns leading from the 2050 Vision programme. Campaigns such as a “city-region” approach to future planning across Cheltenham, Gloucester and Tewkesbury and a third Severn crossing between Stroud and the Forest of Dean - where links with Wales will be particularly important - could all benefit from the Great Western Gateway.

Councillor Mark Hawthorne, Leader of Gloucestershire County Council, said: “This is excellent news for Gloucestershire, for our businesses and our residents.  The Great Western Gateway puts us at the front of the queue for attracting new business and government funding into our area.  It is a really exciting project that will change our area for the better in ways we can only begin to understand.

“I congratulate Mr Cairns and Mr Jenrick on approving this bid – which is so exciting for the future of Gloucestershire.” 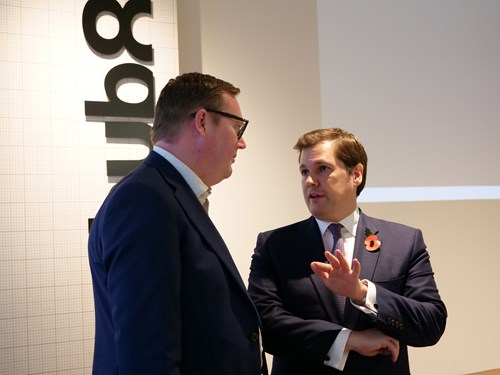