Nearly £8,000 is to be handed back to Gloucestershire residents who were the victims of an international mass marketing scam. 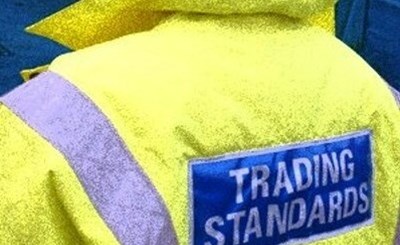 Gloucestershire County Council’s trading standards department is in a position to return the money following an investigation by the US Federal Trade Commission and National Trading Standards (NTS) Scams Team.

The mail was sent to vulnerable people, especially those living alone or with long-term health conditions, and promised ‘guaranteed’ cash prize payouts.

Victims were asked to pay an upfront fee of between £25 and £40 before realising – often after having paid the fee several times – that there was no prize.

The source of the mailings was identified in the investigation as a criminal enterprise in Kansas, USA. Action was taken against them to forfeit cash and assets, which is now being used to provide compensation to victims via local trading standards teams.

There were 41 victims in Gloucestershire out of 3,500 across the UK. A total of £7,431 will be returned, mostly made up of small amounts but one person will receive nearly £2,000.

Three people in Gloucestershire have also had cheques returned with a total value of £535 after they were intercepted before reaching the scammers – making a total of £7,966.86 to be returned.

It serves as a reminder to people to be aware that offers or opportunities made via text, email or post, which seem too good to be true, often are.

People can reduce the risk of fraud by following these simple steps:

Cllr Dave Norman, cabinet member for trading standards, said: “Falling victim to a scam is a distressing experience so I’m delighted that the proceeds of crimes from these fraudsters can be used to compensate people in Gloucestershire, with the help of our trading standards team.

“The investigation shows that wherever scammers are based, we will collaborate with our partners to ensure they are caught. I would advise residents to be wary of any offers they receive promising cash and report it if you have any concerns – if it looks too good to be true, it probably is.”