The multi-million pound flood alleviation scheme to protect 500 Cheltenham residents from future flooding has been completed by the county council.

The £2.78 million flood alleviation scheme at Priors Farm and Noverton Farm is now complete, and should greatly reduce flood risk to properties in the Whaddon and Oakley areas of Cheltenham.  Properties here were badly affected by flooding in 2007 and the county council has been working with the Environment Agency and Cheltenham Borough Council to reduce flood risk to homes.

This scheme will help reduce the risk of flooding for over 500 residents during heavy rain by diverting the existing watercourses to storage basins, constructed at both sites, to hold back surface water which runs off the Cleeve escarpment. The storage basins will drain at a controlled rate, which will help the existing drainage infrastructure to cope with excess surface water.

The approach taken at the two farms is similar to the successful scheme the county council and Environment Agency completed on the Horsbere Brook at Longlevens in Gloucester.

The work is being funded by a £2.092 million grant from the Department for Environment, Food and Rural Affairs (DEFRA), as well as a £791k contribution from the county council, and a further £50k from the Regional Flood and Coastal Committee Local Levy.

Cllr Vernon Smith, Gloucestershire County Council cabinet member for highways and flooding, said: “We all remember the devastation that the flooding of 2007 caused to so many communities. As such, we have to look after residents and their homes in whatever way we can.

“This scheme massively reduces the risk of flooding for 500 residents of the 179 homes severely affected by the 2007 flooding. I’m really pleased we’ve been able to work with DEFRA, the Environment Agency, Cheltenham and Tewkesbury Borough Councils to deliver this project.”

Cllr Andrew McKinlay cabinet member for development and safety said: “As landowner, we have been working in partnership with the county council to support the delivery of this important flood alleviation scheme. I would like to thank all partners involved in this work, as Cheltenham residents are now better protected against future flooding.”

Mark Bowers (Area Flood Risk Manager for the Environment Agency) said:  “Flooding is devastating and in this area of Cheltenham water can run off the escarpment very quickly. This scheme will help slow down the flow of water and reduce the risk of flooding to homes in Whaddon and Oakley.  We would like to thank the project team, led by Gloucestershire County Council, for their hard work to deliver the scheme”.

The play park at the Priors Farm site will be reopened now work has finished.

Here are some images from the site: 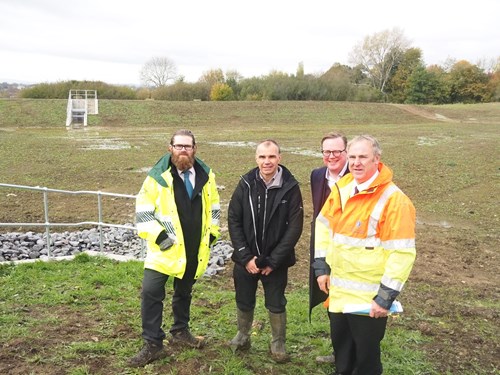 Wyman's Brook end of the site: 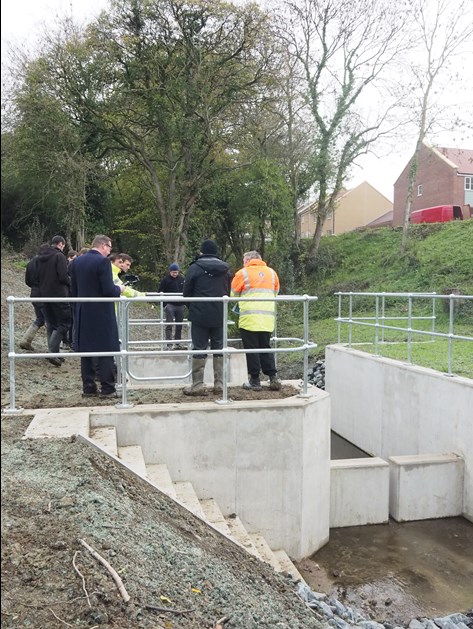 Excess water from Wyman's Brook will now be diverted into the new basin and then back into the brook further down, helping to prevent flooding in future. 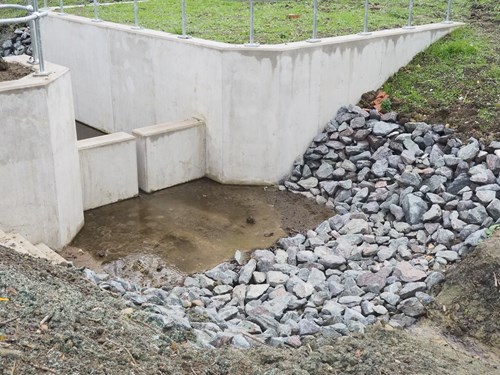 The basin from Wyman's Brook side: 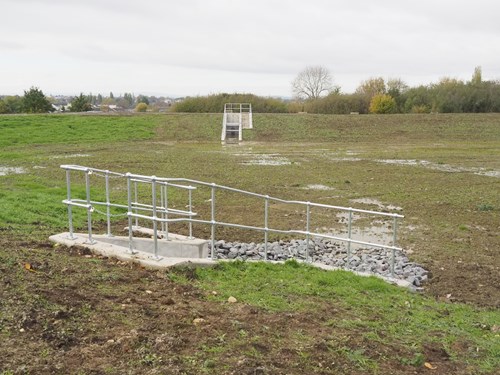 The Environment Agency and contractors talk about the drainage scheme: 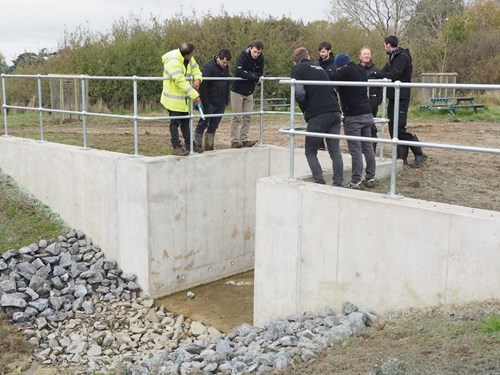 Water exiting the basin back towards Wyman's Brook: 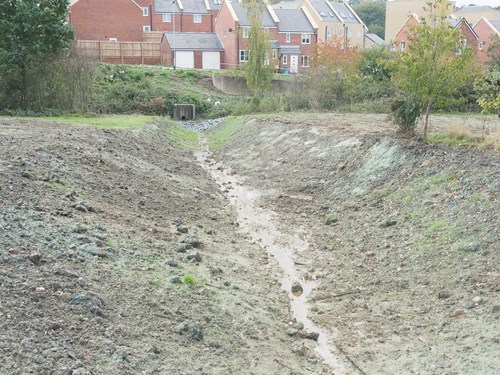 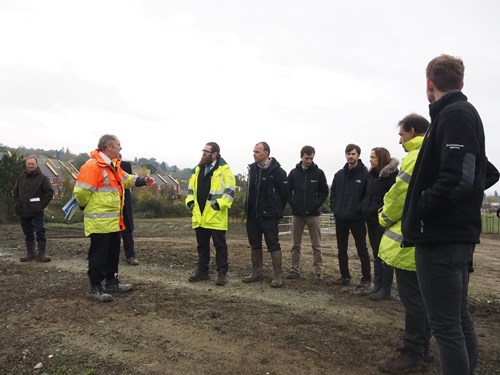 Water collecting at the bottom of the basin: 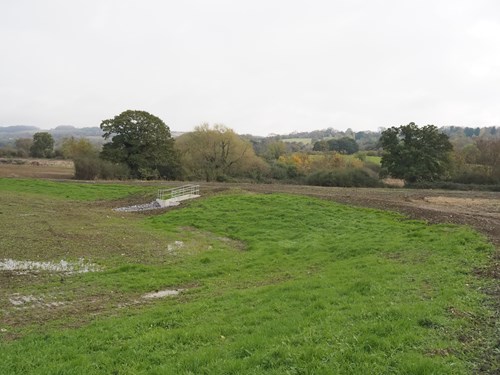 You can find out more about how the council prevents flooding, and advice for residents on our website https://www.gloucestershire.gov.uk/planning-and-environment/flood-risk-management/