No parking ticket, no car tax and no tobacco duty paid

Illegal tobacco worth around £3,000 has recently been seized by Gloucestershire County Council’s trading standards team. 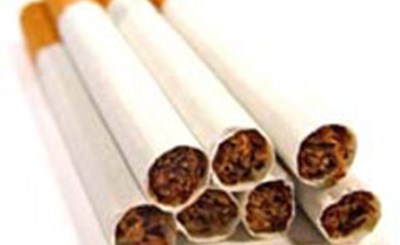 Some say misfortune often comes in threes, and the target of a GCC trading standards operation earlier this month may well believe it.

On Tuesday 17 October trading standards officers spotted a vehicle being loaded with a large box outside a shop known for the sale of illegal tobacco.

It was believed that the car was being used to store illegal tobacco away from the shop in an effort to avoid detection. The car was then driven to, and left on a nearby residential street in Gloucester city centre with pay and display parking. No parking ticket was purchased.

Checks by Gloucestershire Police revealed that the car had not been taxed since May 2018. The vehicle was subsequently seized by the police.

Trading standards gained access to the vehicle and found the cardboard box which they had seen being loaded into the vehicle earlier.

It was found to contain 230 packets of 20 cigarettes and 215 pouches of 50g hand tobacco all of which was illegal and not duty paid. Counterfeit Mayfair branded cigarettes were amongst the seizure. This illegal tobacco would have sold for £3000. Trading Standards investigations are continuing.

Cllr David Norman cabinet member responsible for trading standards, said, “We’ve said it before, but we will not tolerate the sale of illegal tobacco in Gloucestershire. This is a great example of joint working with the police and I’d like to thank them for their support.

"Illegal tobacco is often produced without being subject to quality control. Aside from the usual health concerns associated with smoking; ingredients such as rat droppings, tea and dangerous heavy metals have all been found in counterfeit tobacco seized in the UK.”

Gloucestershire Stop Smoking Service can be contacted on 0300 421 0040 or at www.stopsmokingglos.nhs.uk