Book of condolence following deaths of 39 people in Essex

Those who wish to express their condolences following the deaths of 39 people in a lorry in Essex can do so in a book of condolence available at Gloucestershire County Council's Shire Hall in Gloucester. 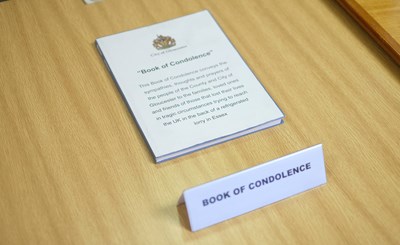 A book of condolence has been made available for people to sign following the deaths of 39 people in Essex.

Gloucester city has communities of residents in its district with origins, family and deep links to South East Asia and wanted to make arrangements for them, and other residents in Gloucester and the county, to be able to record their condolences.

Copies of the entries will be forwarded to the embassies of the home countries of the victims. The Mayor of Gloucester, Cllr Colin Organ, will also write to ambassadors to express the city council’s sympathies to the families affected by the tragedy.

Paul James, Leader of Gloucester City Council said: “The deaths of the 39 people, and the circumstances of their deaths, are truly tragic and our deepest sympathies are with the victims’ families and communities.

“We have many people in our city with links to South East Asia and we wanted to offer them, and all of our residents, an opportunity to record their wishes of condolence.”

“Although we do not fully know the circumstances of their journey to Essex, we know that those who enabled it contributed to this tragic loss of life. Gloucestershire Anti-Slavery Partnership is united in its sympathies for the individuals, their families, and their communities.”

The reception at Shire Hall, Westgate Street, Gloucester is open between 9am and 5pm Monday to Friday, and the Book of Condolence will be available until the end of November. 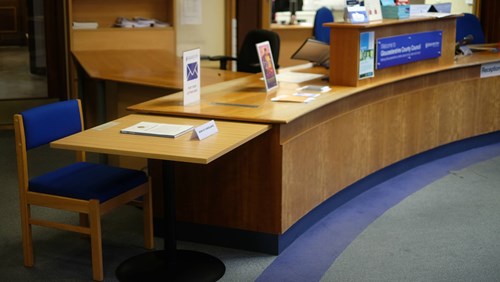