Gloucestershire County Council has recently completed the Cross Keys Roundabout improvements on time and on budget. 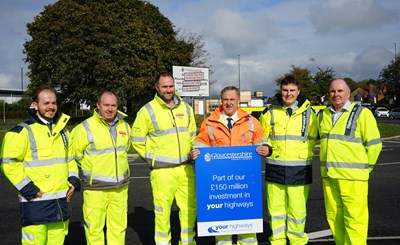 The Cross Keys Roundabout is at the junction of the A38 and B4008, 800m north of junction 12 of the M5 motorway. It is strategically important for the county and links vehicles approaching from the motorway directly to Gloucester and the A38.

The council was awarded £2.7 million funding from central government for the much needed improvements which include extra lanes on the approaches to the junction and an extra lane around the whole roundabout.

The upgrade will significantly benefit road users with more vehicles now able to get through the Cross Keys Roundabout, reducing traffic jams, journey times and helping to reduce the risk of queuing on the nearby M5.

It’s not all about motorists as the completed work includes a new shared path for pedestrians and cyclists. Street lighting has been enhanced and ducting for traffic signals installed to allow for the future upgrade of the roundabout once the nearby Huntsgrove development is complete.

Cllr Vernon Smith, cabinet member for highways said, “This work will reduce congestion which produces air pollution, and inline with Gloucestershire’s commitment to be carbon neutral by 2050, sustainable methods of transport such as bicycles, ultra low emission buses, electric cars and vans need safe, high quality highways to get around.

“The Cross Keys scheme compliments the investment we’ve made into other major junctions around the county, such as Elmbridge Court, C&G, Walls and Over roundabouts. We are constantly working to improve and adapt our network to make sure it is fit for purpose for many years to come.”

Cllr Stephen Davies, local councillor for Hardwicke and Severn, said, “I’m really pleased that this work has been completed and look forward to the many benefits it will bring road users and pedestrians alike. I would also like to recognise the great work done by the contractors to minimise the inevitable disruption.” 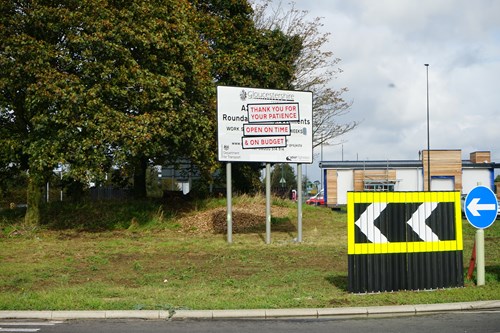 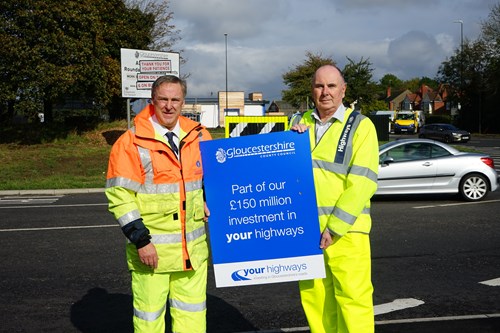