Gloucestershire highways have been taking positive action to support the fight against climate change. 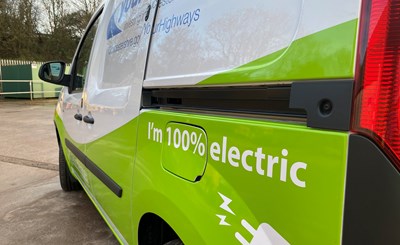 The county council is working with partners to create a greener Gloucestershire and its teams overseeing the county’s roads and pathways have been making great progress to reduce emissions and waste, while increasing biodiversity.

Gloucestershire highways and the council’s contractor, Ringway, have made a variety of changes to support climate action, including:

In a bid to improve sustainable travel across the county, highways teams have been busy increasing the number of cycle paths and upgrading pathways to encourage residents to use greener methods of travel like walking and cycling including the Arle Court transport hub and the new cycle path on London Road in Gloucester. Work also started this month on a new flagship cycle route on the B4063 between Gloucester and Cheltenham.

Cllr David Gray, cabinet member for environment, said: “Everyone in the county can help to reduce emissions and support the fight against climate change.

I am delighted that the team at Gloucestershire Highways are taking such positive, practical actions in support of our goal of a greener Gloucestershire. These actions are helping to reduce emissions and encourage greater biodiversity across the county and I know they have even more plans for the future.”

Find out more about the work happening across the county that is helping to tackle climate change on the council's website.