The story by photos and videos: This morning (22nd September 2017) the Elmbridge Court roundabout opened its hamburger lane and switched on its traffic lights. On time and on budget. 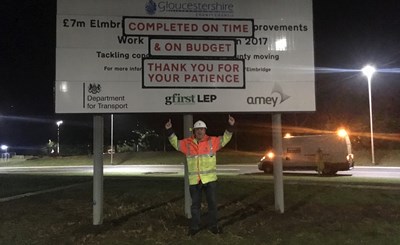 The story so far – Elmbridge roundabout three hours after opening

This morning everything has run smoothly at Elmbridge Court roundabout.

The local media in the county have been excited to see the results of all the hard work put into Elmbridge over the past 13 months. 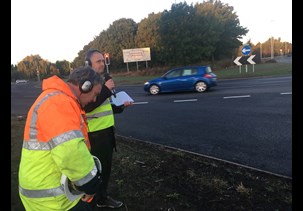 The new hamburger lane is the first of its kind in the county. This morning was the first time people were able to drive through it, and it looks as though all traffic is flowing.

Before the lights could get switched on, crews had to safely remove all the bags that covered the traffic lights. 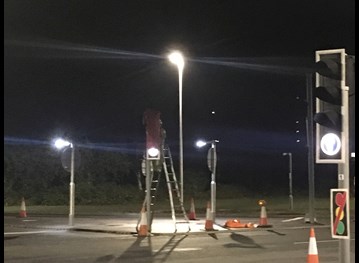 All the organisations came together this morning, to make sure everything ran smoothly. 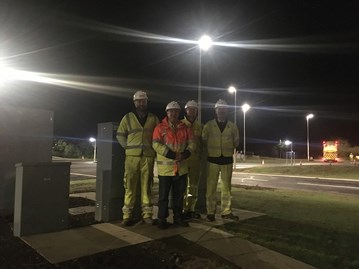 Cllr Vernon Smith, cabinet member for highways was the first person to drive through the hamburger lane.

The roundabout is now open to all traffic. If people aren’t using the hamburger lane, please use the roundabout as you would any other.

For a full how to guide on the new roundabout, please take a look at our video which explains the new hamburger lane