Gloucestershire County Council has secured the future of a key bus route in the Cotswolds. 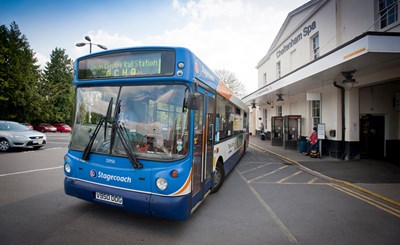 These services are currently operated by Marchant’s Coaches on a contract funded by the council which ends on 27 October. They decided not to bid for the new contract.

Stagecoach have recently announced a new service W which will run between Winchcombe and Cheltenham via Prestbury without council funding. As a result, the council has put together a route to link the remaining communities not served by the Stagecoach W. This new service 606, to be operated by Pulham’s, will complement the Stagecoach W by connecting Chipping Campden, Broadway, Winchcombe, Gretton, Greet, Bishop’s Cleeve, Prestbury and Cheltenham.  This service will receive a council subsidy.

Both the Stagecoach W and new Pulham’s 606 service will commence from Monday 28 October when the existing Marchant’s service ends. The timetable for the new 606 service is available here.

Councillor Nigel Moor, cabinet member responsible for public and community transport said: “In July we reassured passengers who use the W1, W2 and 606 bus services that they would not be left without transport.

“I’m pleased that we have been able to appoint well respected operator Pulham’s to maintain a link between these key Cotswold locations.”

As bus operators can legally decide where their bus routes go, the council needs to make sure communities who enjoy a service at the moment still have access to public transport when the contracts change. Due to the Transport Act 1985, the council can not compete if a bus operator creates a commercial route where there was previously a council funded service.

In this case Stagecoach has decided to take over the busiest part of a route on a commercial basis, and the council has designed a new service (Pulham’s 606) to serve outlying communities which will require public subsidy.

(stock photo of a bus used above)