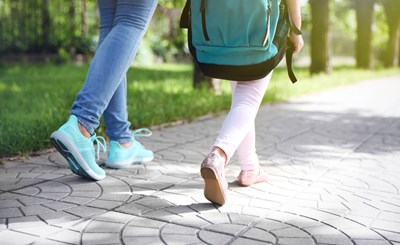 Local authorities in England are now able to apply to the Department for Transport (DfT) for new powers to enforce ‘moving traffic offences’.

It means they can be granted powers previously held by the police to issue fines for certain types of traffic offences.

Enforcement of these traffic offences would help to reduce congestion and improve traffic flow and road safety, which would encourage more people to take up walking or cycling and encourage greater use of public transport.

The offences include stopping in a yellow box junction, banned turns, going the wrong way in a one-way street or accessing a street where there is a prohibition of driving in place.

They would be enforced in various locations using Automatic Number Plate Recognition (ANPR) cameras and a statutory six-week public consultation period would be held before an application is submitted to the DfT.

Traffic surveys were carried out at 14 sites around the county between November 2021 and March 2022 which showed that accidents had occurred at nearly all of the locations.

Enforcing traffic regulations at these sites would reduce the risk of collisions and improve road safety for all road users and pedestrians, as well as improve the efficiency of public transport services.

Any surplus funds raised through enforcement would be reinvested in parking services, environmental schemes, highways improvements or public transport.

Gloucestershire County Council’s cabinet approved the proposal to apply for powers to enforce moving traffic offences, following the outcome of a consultation process, at a meeting on Wednesday 21 September.

Cllr Dom Morris, cabinet member for highways, said: “Whilst the majority of road users adhere to the rules of the road, a small number do not, which is a risk to everyone.

“We have identified several hotspot locations where ANPR cameras would help to prevent collisions. These cameras will act as a deterrent to people who are tempted to breach the rules which would improve road safety and also encourage walking and cycling.”

You can read the full cabinet report here.