The Cainscross Road Bridge is on the A419 in Stroud and spans the Painswick Stream.

A section of the parapet wall has collapsed into the stream below and this, along with other debris and vegetation present a flood risk. The pavement foundations have also partially collapsed which means an emergency closure of the pavement and one lane of the road has been put in place for safety reasons and to enable repairs to be made.

Following concerns that the bridge and pavement were in a dangerous condition an urgent inspection of the bridge was carried out in mid January 2020. The inspection identified a potential flooding risk caused by a section of the 4 metre high upstream parapet wall falling into the stream along with other debris and vegetation.

Additional concerns identified at the time of the inspection were the proximity of an electricity substation, only around 30 metres away, which would be potentially vulnerable to any flooding which might be caused by the obstructions in the stream and a void under the pavement where the foundations had started to collapse.

The collapse of the parapet wall has left a 4 metre wide opening, initially protected with temporary barriers, which needs repairing.

For the safety of the travelling public the pavement and one lane of the road have been closed to enable emergency repairs and to prevent heavy vehicles from driving near the excavation. The emergency closure has meant that temporary traffic lights have been put in place.

The work required to fix the problems includes:-

Below - Photos taken before work started

Below - Photos taken after remedial work 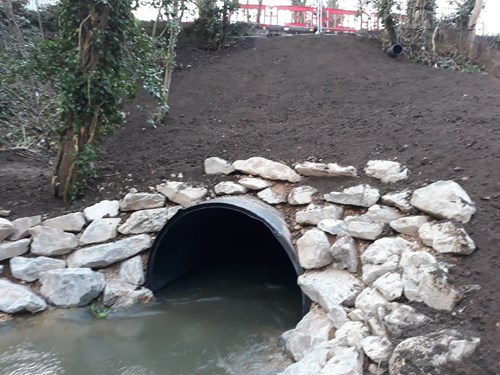 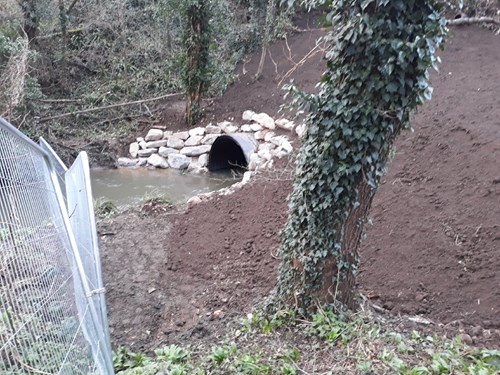 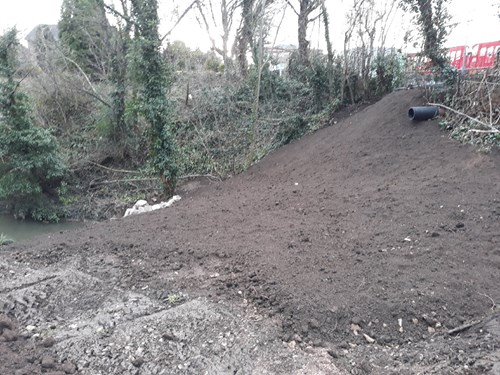 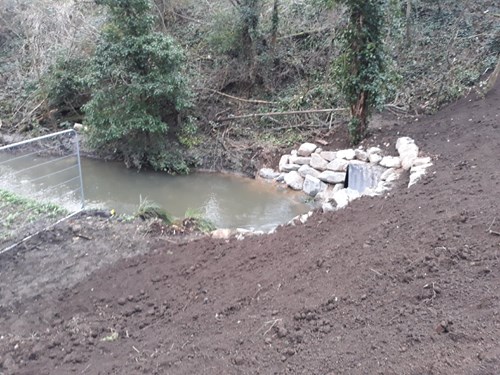