A baseline assessment of the pre-CTP traffic flows on a range of roads across Cheltenham was collected in early November 2015 for two weeks, using GCC’s in-situ fixed Automatic Traffic Counters (ATCs) and additional traffic volume surveys to cover other residential routes which may experience displacement effects.

The timing of the data collection was undertaken in line with Department for Transport TAG unit M1.2.

The additional traffic volume surveys were carried out for period of two weeks in early November 2015. The location of the residential additional survey sites were:

The combined survey locations are shown in below. 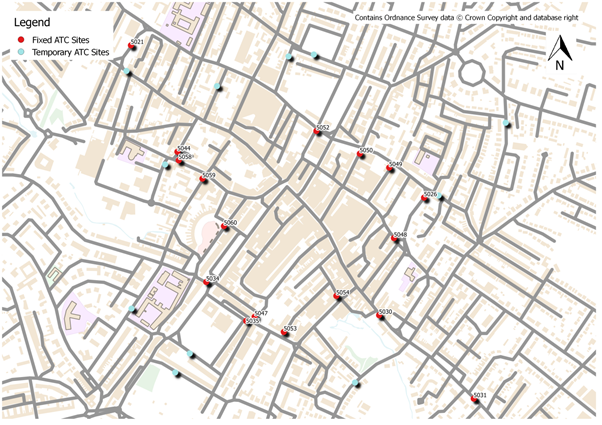