Sorry, what is Cli-fi exactly?

Can you expand on that?

Cli-Fi is a literary genre that explores the threat of climate change. Often dystopian in nature, these stories offer us a glimpse into a future world that has failed to combat global warming or has been ravaged by cataclysmic environmental events.  Think devastating floods, famines, scorching temperatures and species extinction, or civilisations on the brink of collapse, confined to live in polluted, suffocating metropolises, savage inhospitable wildernesses or barren wastelands.  Fusing together climate change science with fiction, a good Cli-Fi novel not only takes us on an epic adventure or thought-provoking journey, but perhaps also serves as a cautionary reminder – that the planet is precious and we need to protect it for future generations.

Why should I read it?

If you want to enjoy some well-constructed, futuristic fiction that imagines and explores the aftereffects of climate catastrophe, why not give Cli-Fi a try?

Here are three top reads to get stuck into:

The New Wilderness by Diane Cook

Shortlisted for the 2020 booker prize, this compelling, turbulent novel introduces us to Bea and her daughter Agnes.  Climate change has rendered vast swathes of their homeland uninhabitable, and they, like so many others have been forced to migrate to the last remaining place to go – the City. But the City is no sanctuary.  Grimy, suffocatingly overpopulated, a place where the lungs of the weak, sickly inhabitants are constantly overwhelmed from breathing in the heavily polluted air.  Agnes is sick. So sick, and Bea knows that if she does not act soon, she will not survive. But where can they go? What other alternative is there to the City, when everywhere else has become a no-go area?  Perhaps not quite everywhere...

The secretive Wilderness State, the last remaining pocket of wild land, dense, uncultivated, home to the animals, guarded by the authorities.  Permission has been granted for a group of 20 volunteers to cross over these forbidden borders, as part of an experiment to see if they can survive without destroying the environment.

Desperate to escape from the hell of the City, Bea and Agnes join the group.  Little is known about the Wilderness State, and the group aren’t sure at all what to expect.   They are permitted to travel through the Wilderness under the conditions of the experiment, but are not allowed to domesticate it in any way.  They must leave no trace of their existence, and live, and survive, as nomads.  To Bea, it sounds like a risk worth taking, but are any of the group truly prepared for the task ahead? What will happen to them as they journey through the Wilderness?  Will they all live to tell the tale?

This is a captivating novel that scratches deep beneath the surface to examine the complexities of human bonds and relationships, and our precarious coexistence with the natural world.  From the intricacies of the mother-daughter relationship through to our struggles with (or aspirations towards) authority and power, it certainly leaves the reader with plenty to think about. 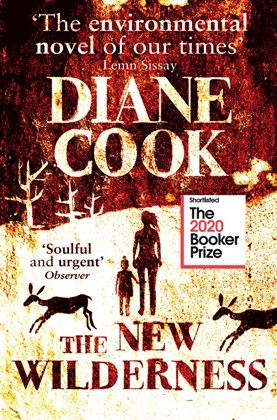 The History of Bees by Maja Lunde

What kind of future would we have without bees?  How would we survive, if these small, industrious creatures were no longer part of the ecosystem?  What would this mean for crop supply and food security?  Maja Lunde imagines such a future in this remarkably poignant novel.

In the 2040s, the bees disappear.  We took them for granted, we destroyed their habitats.  Aggressive farming practices and pesticide use has driven them to extinction, and our efforts to save them were futile.  The bees have gone, and now we must face the consequences...

But let’s step back for a moment.

There was a time on Earth where bees were abundant.  Humans and bees coexisted, we nurtured them, worked alongside them, looked after them.  They looked after us. To some, they were what dreams were built upon.

It’s 1851, and William, a seed merchant from England - and our first protagonist - is bedridden with deep depression.  A once promising student, he dreamt of being a biologist, but is now living in poverty with his wife and children, something that he bitterly resents.   It is a time where bees are plentiful, and William wonders if they could be the key to a more prosperous future.  If he could design a new beehive, it would bring him honour and fame, not to mention fortune beyond his wildest dreams.  The odds are against him though.  Will he succeed?

Fast forward to Ohio, USA, 2007.  George is a farmer and beekeeper, and he too, has ambitions for the future.  He plans to hire out his vast colony of bees to other farmers, so they can help to pollinate crops and supplement his income.  He is dismayed that his son Tom has no ambition to follow in his footsteps as a beekeeper, instead choosing to forge his own path as a journalist.  Perhaps his son is wise to do this?  The bee population is in decline and farming can be a precarious business after all.  George isn’t ready to give up though.  He always planned for the eventuality that Tom would join him on the farm, sinking the family finances into his education, steering him towards the field of economics, to learn about business, modernisation, expansion.   What will the future hold for this family?  Will George’s ambitions for Tom be realised?

Sichuan, China 2098.   Tao is part of a human work group, manually pollinating tree blossom by hand.  It’s laborious, but necessary work.  When the great Collapse came and the bees disappeared, the threat of global famine loomed on the horizon.  Human intervention was needed, and mass pollination by hand became the obvious solution.  China, already ahead of the game, became “a pioneer nation in pollination.” Now, many hundreds of workers toil together in designated fields, climbing trees, brush in one hand, container of pollen in the other.  Children as young as 8 join the adult workers, drafted in to earn their food rations.  School is not obligatory beyond this age and it breaks Tao’s heart to think that in just 5 years’ time, her own son will face a similar fate, forced out into the work fields.  Tao loves her son and would do anything to change his future, but one day, he suddenly vanishes.  Who is behind it, and why?   And what could possibly link these three stories together?

The Future of Bees is a heartfelt novel about the vulnerability of natural ecosystems and the fragility of human relationships.  Each family dreams of a better future, but will any of them ever truly find happiness?  Reserve to find out more. 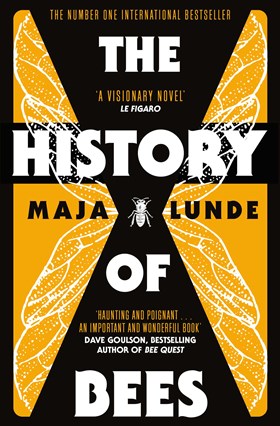 The Death of Grass by John Christopher

Published in 1956 and considered one of the great post-apocalyptic novels of the era, The Death of Grass fits well into the Cli-Fi cannon, despite being written long before the term was first coined.

It’s a harrowing tale of global contagion and famine.  A devastating rice virus has spread across Asia, wiping out the vast majority of the crop.  Mass starvation and civil unrest ensue.  As the virus evolves, the world looks on horror as it sweeps across oceans and continents, blighting fields of wheat, oats, barley, rye and grass, swiftly rendering all of the crops inedible.

John Custance lives in London with his family.  He is worried, like many others, when the virus reaches England and the green and pleasant land begins to turn brown.  John decides that the best course of action would be to flee London and head for his brother’s remote farm in the North, a farm that is said to be self-sufficient in virus-resistant crops.  As the government introduces martial law, rumours run rife that London and other key cities will soon be bombed in a sinister bid to rapidly depopulate the country and lessen the demand on the remaining food resources.  With society spiralling into self-destruction, there is no time to lose.

The journey to the farm is fraught with danger.  Desperate to survive by any means possible, villages and towns have become hostile fortresses, and theft, violence and even murder are rife.  As John, his family, and an assembled gang of desperate characters get ever closer to the farm, John has to decide where his loyalties really lie.  With his family?  His travelling companions? Or if push came to shove, would he sacrifice them all to save himself?

This dark, at times disturbing novel is rightly considered a modern classic, yet it’s perhaps not as well known as other highly acclaimed post-apocalyptic thrillers of the time such as Wyndham’s The Day of the Triffids.  If you’d like to discover it for yourself, reserve a copy! 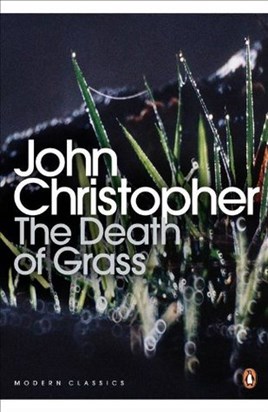