Seven must-read books that have all been translated into the English language.

Join us as we celebrate some of our best loved international authors - and the talented translators who help bring books to a whole new audience.  All of these novels are available to order on our catalogue, why not reserve one today?

A touching, comedic tale from the acclaimed author Fredrik Backman (A Man Called Ove).  Eight strangers are unwittingly brought together in a bizarre hostage situation when they go to view an apartment.  With a botched bank robbery behind him, the hostage taker’s day goes from bad to worse – it soon becomes apparent (to both himself, and the police) that the reluctant hostages are a seriously annoying bunch.  As the story unfolds and tensions rise, the quirky, somewhat neurotic cast of characters realise that they have more in common than they care to admit. 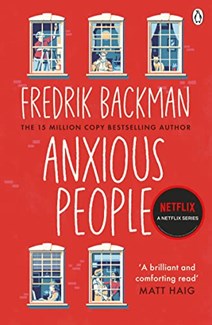 It’s 1998 and the Hiiromachi Station Smile Mart is opening its doors for the first time.

Keiko Furukura, university student and part time store assistant, serves the very first customer at the tills.  18 years later - she’s still working there.  It’s a dead end job, and no one really understands why she’s still there - but that doesn’t bother Keiko, she doesn’t care much for the opinions of others.  Having felt at odds with the world around her all her life (as a child, she was often told her behaviour was inappropriate), the store is something of a sanctuary.  Here, she always says the right thing (the staff training manual has a list of phrases for all situations), and she can easily mirror her colleagues’ behaviour to ‘fit in.’  Keiko is happy to stay at the store forever, but at the age of 36, pressure is mounting for her to find a husband and do something more with her life. But the Smile Mart IS her life, and she has no ambition to change any time soon.

This darkly comic novel is a great observation of what it’s like to be different in a society obsessed with social conformity – and it’s one that stays with you long after reading.  Thoroughly recommended. 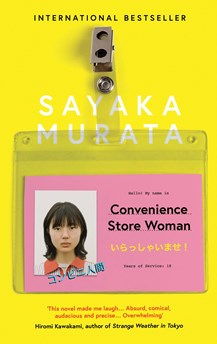 3. Things That Fall from the Sky by Selja Ahava – Translated from Finnish by Emily Jeremiah and Fleur Jeremiah

What are the chances of being hit on the head by a single block of ice falling from the sky? Winning the lottery twice? Being struck by lightning five times? Is it coincidence? Luck? Being in the right or wrong place at the right or wrong time? Or is there more to it than that?  Three stories exploring strange twists of fate and fortune (and the ramifications thereof) are woven together in this highly original novel, three lives brought together and altered forever by bizarre random events.

Absurd though the events may be - and they are certainly central to the story - dig a little deeper and you’ll find a thoughtfully-constructed tale of human endurance, of loss, luck and love.  Not one to be missed. 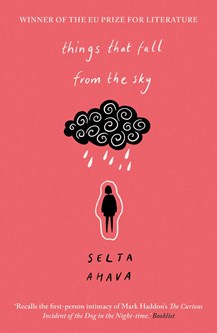 4. A whole life by Robert Seethaler - Translated from German by Charlotte Collins.

This is a beautifully written - and beautifully translated - work of fiction that introduces us to Andreas Egger, a quiet, unassuming man who has lived and worked in the Austrian Alps his whole life, only leaving briefly to go to war.  Born just before the turn of the 20th Century, we follow his journey through life, through war, through love and through loss.  Orphaned at a young age and sent to live with a farming family, Egger feels an affinity with the landscape around him, the steadfastness and solitude of the mountains, the simple, non-materialistic way of life.  But his is not a life less lived.  This short but splendid novel, so quietly dignified and captivating in its prose, is one you’ll want to read in one sitting. 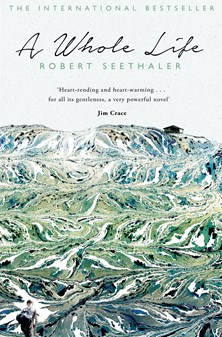 A foreboding tale of tech dystopia and torment for the modern age.

The Kentuki. It’s the latest craze sweeping the globe, the must have gadget, the perfect household companion.  Essentially a small, silent toy animal with cameras for eyes and wheels for feet, these cute critters come in a range of guises – your very own pet bear, rabbit, bird or dragon to care for and live alongside.  Harmless enough perhaps? Or perhaps not.  Each cuddly creature is remotely controlled by a random stranger, a stranger given the unique opportunity to see through the little camera eyes of the Kentuki.  They are the anonymous, untraceable dwellers, and they can watch or listen in from anywhere in the world.  Some dwellers use the Kentuki for wholesome purposes, for connection and companionship.  Some see a prime opportunity to blackmail, survey and terrorise their owners.  The problem is, there’s no way of knowing what you’ll get. 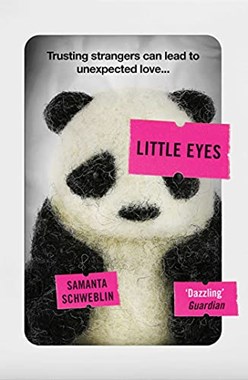 This is an intense, intricate portrait of dysfunctional family lives, of untold trauma and loyalties, of complex secrets harboured behind closed doors.

Schoolteacher Hélène is concerned about the welfare of two of her students, best friends Mathis and Théo, and is determined to find out what’s causing their odd behaviour.  It soon transpires that the boys, both 12 years old, are secretly drinking alcohol. A lot of alcohol.  It also becomes apparent, that the boys’ parents are too wrapped up in their own problems to really notice what’s going on.  The boys are all too aware of that.  Hélène had her own troubled upbringing, and feels a sense of duty to intervene in order to stop the boys heading down a similar path. But is it really her place to do so?  Will it help her to exorcise her own inner demons, or simply make everything worse? 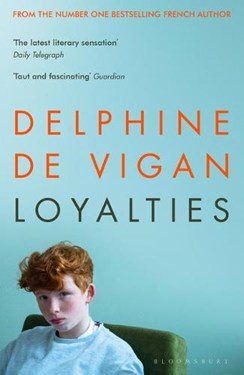 “All life is water, all life was water, everywhere I turned, there was water. It gushed from the sky as rain or snow, it filled the small lakes in the mountains, lay in the form of ice in the glacier…”

Signe grew up in Ringfjorden, a small, serene coastal village, renowned for its natural beauty. Level with the ocean, overlooked by the glacier, it’s a land to which, after a long absence, she is to return. But it’s not a happy reunion.

It’s 2017, and Signe, now 70 years old, is horrified to discover that the once magnificent, once cherished glacier, is being harvested to make luxury ice cubes.   Authentic Norwegian ‘mini icebergs’ - packed up and sent overseas with no concern for the damage caused to the environment, eagerly purchased by the rich to show off and garnish their drinks.

2041 – David and his daughter Lou are European refugees, their hometown destroyed by wildfire.  It’s been five years since the last significant rainfall, and the drought has caused widespread suffering across the continent.  Water is scarce, and with no rain forecast, things will only get worse.  Consigned to a French refugee camp, they discover an old boat abandoned on the dry land, a boat that once belonged to Signe. But who was she? And what brought her to France so many years ago?  Before long, two timelines, two journeys, two stories of love and survival against the odds start to weave together. 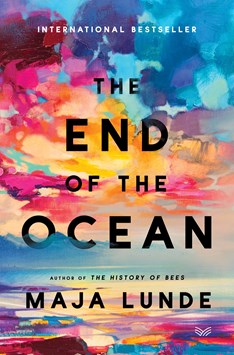