No place to hide as stash is uncovered behind wall

Illegal tobacco and cigarettes worth more than £2,000 have been seized by Gloucestershire County Council Trading Standards officers after they discovered a hidden compartment in the wall of a shop in Cheltenham. 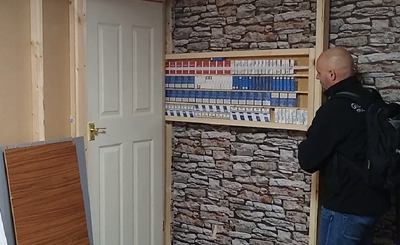 A shop known to sell illegal tobacco was closed recently and taken back by the landlord with Trading Standards’ assistance. Shortly after, a new shop opened nearby in the High Street. Officers suspected this new shop, where the illegal tobacco was seized, opened up in response to the closure of the previous premises.

Trading Standards officers’ suspicions were confirmed when they entered the shop to find the same two men who had been working in the closed shop, now working in this latest one.

Officers also found there was very little in the way of legitimate stock inside the new premises, certainly not enough to provide a legal income. This is typical for shops involved in the sale of illegal tobacco.

During the search of the premises on 6 March 2019, officers found a concealed hiding place accessed by pulling part of a door frame away from the wall, revealing a hidden compartment which extended into the wall of the shop when closed.

The hiding place contained 353 packs of 20 cigarettes including counterfeit versions of Regal and Richmond and 77 pouches of 50g hand rolling tobacco, valued at just over £2,000.

“It poses a significant risk to public health as well as undercutting legitimate law abiding traders and taking money from the public purse, which funds the vital services we rely on.”

The Trading Standards investigation continues.  If anyone has further information please report it to Trading Standards on 03454 040506, email tradingstandards@gloucestershire.gov.uk or get in touch anonymously via their website Gloucestershire Stop Smoking Service can be contacted on 0300 421 0040 or at www.hlsglos.org/our-services/stop-smoking/

Pictures show the concealed hiding place open and closed. Another shows the counterfeit versions of Regal and Richmond cigarettes that were seized. 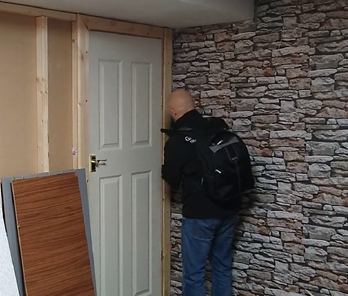 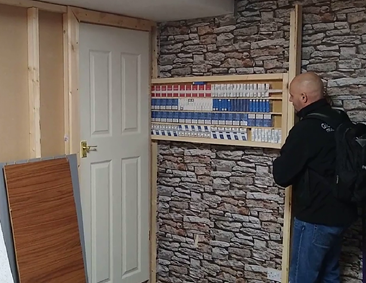 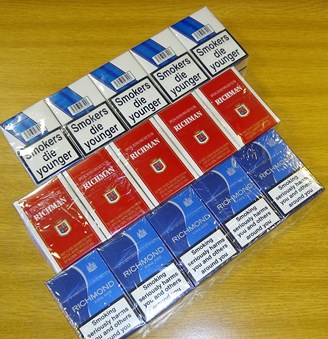