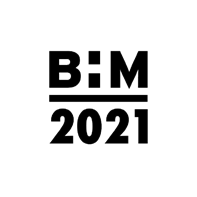 I’m Carol Francis, a Magistrate, radio presenter and community development worker from Gloucester. I’m also a proud wife to my husband Derrick, a mother of two and grandmother to three.

To celebrate this Black History Month, I’m sharing my story and some of my proudest achievements. Here’s a bit about my life and my work to promote race equality.

It all started in 1974 when I first developed an interest in community work. Together with some other local people we formed Unity Youth Club, a place where young black people living in Gloucestershire could meet to develop and socialise and that’s where it all started

Since then, I’ve been LEA Governor of St. Paul’s school, Parent Governor of Beaufort Community School, a member of the County Council’s multicultural Advisory group, a Director of Barton, Tredworth & Eastgate Trust, and a parent Representative on Gloucester’s Education Achievement Zone Forum.

I believe that if you have a passion, go for it. You can do anything you want to do and achieve your goals, whatever they may be.