Focusing on Exclusions - and why they matter 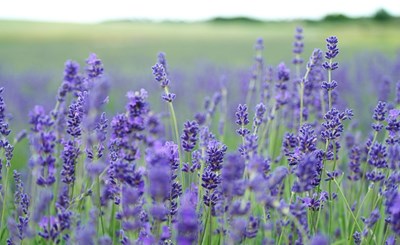 Focusing on Exclusions - and why they matter

As we watched the schools go back and the touching pictures of children wearing face masks, holding out their arms to hug their friends on their first day, I’ve been looking into some of the current evidence into exclusions. Schools up and down the country have taken part in some valuable research and I wanted to find out, which children have a greater chance of becoming excluded once they’re back in school?

The evidence shows that boys are at greater risk of formal exclusion though girls account for a higher number of informal exclusions, seen through ‘invisible’ early exits and school moves. Pupils living in high levels of deprivation in their area or at home are another at risk group. Certain schools in deprived areas are under disproportionate pressure due to the level of need in their school. Their pupils are likely to need additional support and the data for this shows the level of need accounts for over 50% of interschool variation.

Contact with social care, persistent absenteeism and a build-up of multiple fixed term exclusions are all ‘flags’ as to what might follow next. For this cohort, exclusions have been shown not to work to improve attendance or behaviour. Supporting pupils after exclusion (rather than earlier on) costs the local authorities and schools more in the long run. Problems such as the national SEN budget are too often unavailable, as they become committed to cover gaps in the school budget, making it difficult for schools to access additional support.

When Cheshire West and Chester Council observed a significant rise in their exclusion rate during 2018/19, they noted there was a marked increase shortly after the pupils transitioned to secondary school and in the lead up to sitting their GCSEs. They saw that it was important to explore what worked to improve attendance and behaviour for pupils, particularly those with escalating needs, some of which were overlapping.

There are those of us with a lived experience of this problem. I saw myself reflected back in some of the data. It seems very likely that I was one of those who became ‘off-rolled’. We have a Schools Co-ordinator working on our team who assures me that here in Gloucestershire there’s an accountability mechanism firmly in place. The Local Authority would be advised about any young person missing from the register, as they form part of Children Missing Education Guidance and are entered onto the Elective Home Education roll. I attended six schools, most of them in London, with short spells in care. Despite enjoying academia there appeared to be no one mapping my journey or noticing a growing set of needs. Fast forward a few years and I volunteered as a Progression Mentor for a charity which helped young people leaving school who were unsure as to their next step into the job market. What if you’ve fallen too far behind with your education? What effect does exclusion have on your future prospects?

Apart from the obvious serious safeguarding concerns about children missing from school, the Coram Report found in their report, ‘Unfair Results’ (2019) that both parents and pupils said it had made a significant impact on them. Pupils suffered a loss of confidence and self-esteem and felt that their mental health had been affected. There was a knock-on affect for the parents too. They reported stress which took its toll on their work and their relationship with other members of the family.

In the Timpson review (2019) Edward Timpson, was commissioned to review school exclusion by the Secretary of State for Education. He said that, ‘while exclusion is an important component of effective behaviour management in schools, outcomes of excluded children are often poor’. Figures show that only 4% of excluded pupils go on to get the qualifications they need to access the workforce effectively. For pupils with SEND the figure is even lower.

When the Coram Report invited in the experience of parents, one parent spoke about how a Looked After Child, a 15 year old boy, had been moved around between school placements – “with no package of provision, without any support; he was set up to fail”.

This is not what any of us wants for our children. But an effective school culture can play an important part in building harmonious relationships. When there is a whole school approach we’ve seen how this can positively impact behaviour. In one of the schools we’ve worked with there was a group of Year 6 pupils who were regularly having arguments about playing football. They were passionate about their matches and this tended to spill over into arguments which impacted on the rest of the class - including their teacher, often cutting into lesson time.

So the teacher introduced a daily circle time, 'checking in' with the class at the start of each morning and after lunch. She used her training in Restorative Practice to form a problem solving circle and the children came up with their own solutions. One was to wear coloured bibs which helped with team creation and the other was to pull names out of a pot to select who would be on each team. The children felt that this was fair and were happy with their choices. It was a clear example of fair process, led by the pupils themselves.

Following on, the situation greatly improved. Learning time was regained and the teacher could focus on teaching. The children felt part of the process and were keen to follow the agreed rules, which led to fewer arguments. They were also happier and the confidence they gained in the process could be applied in other areas.

We know that Restorative Practice can help students build the skills they need to deal with conflict and issues which they meet everyday, at home and at school. Had these two boys not been helped successfully it’s likely they were on route to their first exclusion.

Despite my own difficulties growing up, I managed to grow resilience. Had I not, I may not have faired so well with life’s slings and arrows. After I left school I gradually learnt how to reinvent myself, especially in the work place. What started off as studying for an acting diploma after I left school soon became part of how I moved between different roles. At one time I went straight from working as a Countryside Ranger to working for a leading set of barristers in the City. Writer and historian, Yuval Noah Harari, spoke of a mental agility that’s pivotal for our children to learn if they are going to be seen as relevant in today’s job market.

Can Restorative Practice teach us resilience? Yes it can and we’ll be looking at this in my next blog.

Joanna Hopkins, Wales ACE Support Hub Director, says that the children growing up in households where there are Adverse Childhood Experiences may have seen these intensify during the Covid-19 Lockdown: ‘taken away from supportive structures such as schools, friends and confined with adults trying to manage their own coping strategies… relationships are coming under strain.’

The time to lend our support, to pupils and their social community – is now.

After leaving school, Melanie went on to work for the MRC Cognitive Development Unit as their Laboratory Assistant in the Baby Lab. There she enlisted the help of volunteers to take part in studies into various aspects of infant and child development. She worked for a number of Research Scientists including Annette Karmiloff-Smith, author and scientific adviser to the TV series, ‘Baby it’s You.’ When she came to work for Molly MacLeod and the Restorative Practice team in Gloucestershire last year she was excited to see what the team were putting together. She helps to engage and consult with stakeholders across the locality partnership, working with those looking to secure better outcomes for children, families and communities. She provides day to day administration for the team’s ongoing training programme, liaising with schools, compiling feedback and gathering data for analysis and research.