Where can I travel?

Back to main page

For this pilot scheme, in collaboration with the Department for Transport, Gloucestershire's rural areas were the focus.

Data on which rural areas were without some public transport options and frequencies in the 2019-2021 period led the service to be launched in two areas... 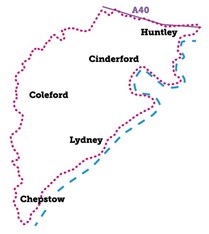 The Robin is currently running in the Forest of Dean.

Any out of district (and out of county) bus stops being used are drop off only. You can't get picked up outside the Forest of Dean. For example you can travel toward Chepstow, and be dropped off if the stop is listed.