This pages focusses on Black British history, sharing with you some of the fantastic contributions that Black Britons have made locally and nationally.

BHM is held to highlight and celebrate the achievements and contributions of the black community in the UK. Throughout history, black people have made huge contributions to society in the fields of art, music, science, literature, medicine, transport and many more areas. 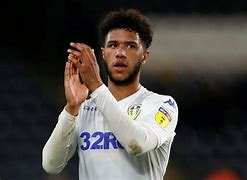 Tyler D'Whyte Roberts was born and raised in Gloucestershire on 12 January 1999. An academy graduate of West Bromwich Albion, Tyler now plays as a striker for Leeds United and the Welsh national football team.

Tyler's defining moment came when he was just 7 years old whilst playing for Tredworth Tigers in a tournament in Gloucester. He was noticed by scouts and asked to join West Brom.

When he reached secondary school, his mum made the decision to up sticks and move their lives to Birmingham, including her work, in order to allow her son to pursue his dream.

Rider is a Gloucester born and bred creative who grew up in the Barton and Tredworth Area of the city. Rider has travelled the world with his music and projects and in 2019 was the voice behind Apple’s ‘Behind the Mac ‘ campaign.

Rider is passionate about community, culture and identity and references these personal and political subjects in his work.

In 2020, Rider partnered with Gloucestershire History Festival and the creative to produce two fascinating short films focusing on the first mosques and black owned food shops in Gloucestershire.

Carol Francis was given the Mayor's medal for Gloucester's first ever black woman councillor.

The first black woman to become a Gloucester City Councillor was recognised for her services to the community when she was presented with the Mayor’s Medal.

Carol Francis has not only been an elected councillor but also a magistrate and school governor as well as holding many other public offices in the city and is on of the Co founders of Gloucester FM (GFM) Gloucestershire Community radio station.

The Mayor’s Medal is given to people nominated by the Mayor of Gloucester who have made important and significant contributions to the city.

Born and raised in Gloucester 24 year old Akeem Ennis Brown aka Riiddy Rival beat hi opponent 36 year old Phillip Bowes of London to become the first to bring the  British and Commonwealth super light welt belts back to Gloucester and has put Gloucester back on the map for boxing.

Riiddy trains at the Fight factory in Bristol Road Gloucester. The belts recently won on September 2 in Wakefield  are now added to his collection of triumphs, which include wins of titles of:

The super lightweight's career CV to date holds 14 undefeated wins and one by knock out.

Of Riiddy his coach John Pitman said: “He has put boxing back on the map for Gloucester and it is not just a rugby city anymore.”​

Yasmin Bannerman was born and brought up in Gloucester, where she attended St Peter's Roman Catholic School. She spent time acting there and later joined the Everyman Youth Theatre in Cheltenham.

She has had roles in television series such as Hollyoaks, Cold Feet, Merseybeat and Doctor Who, and in the films Maybe Baby and Killing Me Softly.

Gloucester FM is a community radio station in Gloucestershire. It broadcasts countywide on 96.6FM FM, Mobile and Online. Its well known strapline ‘Serving the Community' can be heard across Gloucestershire’s airwaves and beyond attracting listeners locally, nationally and internationally.

Gloucester FM prides itself on being the only local radio station in the City of Gloucester providing music, news, information and advice 24 hours-a-day 365 days-a-year.

GFM was established in October 2000 with the aim to advance the education of the public and in particular the black and ethnic minority and disadvantaged communities in the city of Gloucester and to contribute to their well being by the provision of a community radio service. The station is run solely by volunteers from a range of backgrounds.